Again, I'm going to say this sounded like it was going to be easy. But then I went to an Eastern Carolina University football game. Their colors? Purple and Gold. Not a darn blue thing in sight and I wasn't feeling too inspired. Then, I got to go on the field to take pictures of a Soldier presenting an American flag and an ECU flag to the Athletics Director. Those two flags were flown in honor of the school while the Soldier was deployed in Iraq, so this was a big deal! The Soldier even made a video of the event in Iraq and it was playing on the Jumbo-tron as he and his son walked down the 50 yard line to the center of the field. The crowd went wild!

After the presentation, two fighter jets flew over, startling me because I was paying attention to the crowd who was looking in the sky and pointing. 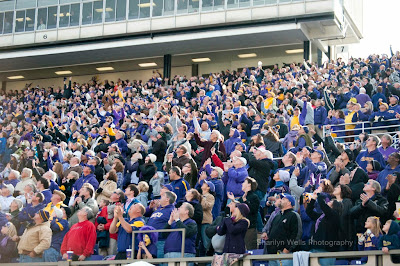 I had no clue what they were pointing to, until I heard the engines above me. I caught this picture in the nick of time ... though it is a little blurry. AND I got the BLUE sky they were flying in! LOL 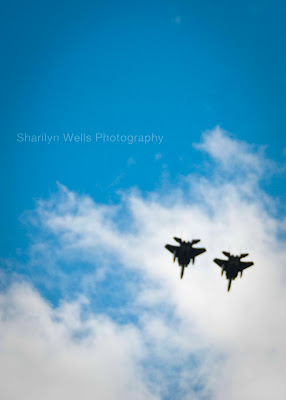 I also wanted to share with you the presentation of the flags. Some of the below photos are public and even though I took them, they were on the Army's time. Hence, they are the U.S. Army photos and I don't have my watermark on them. Enjoy! 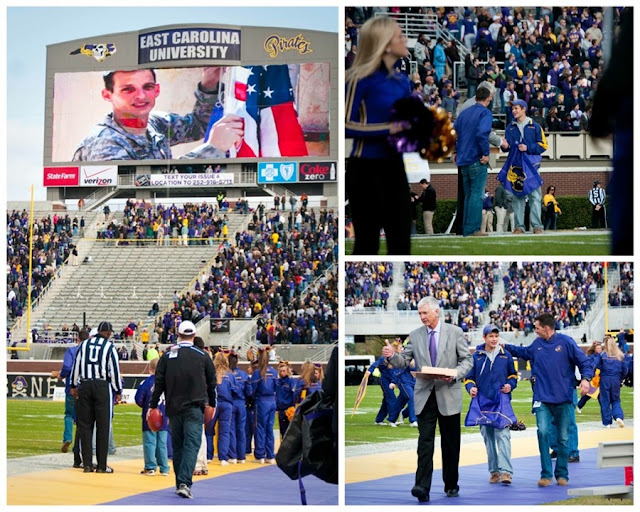 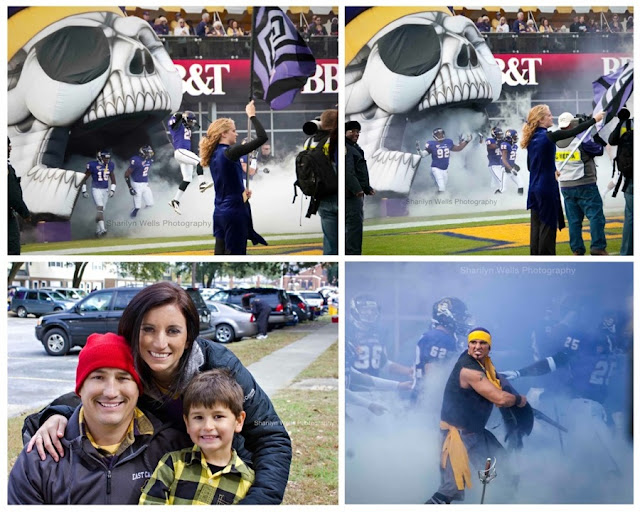 See what I mean by there was a lot of purple!?! LOL
Posted by Sharilyn Wells at 1:59 AM