I present to you, the Toy Storage Bin: 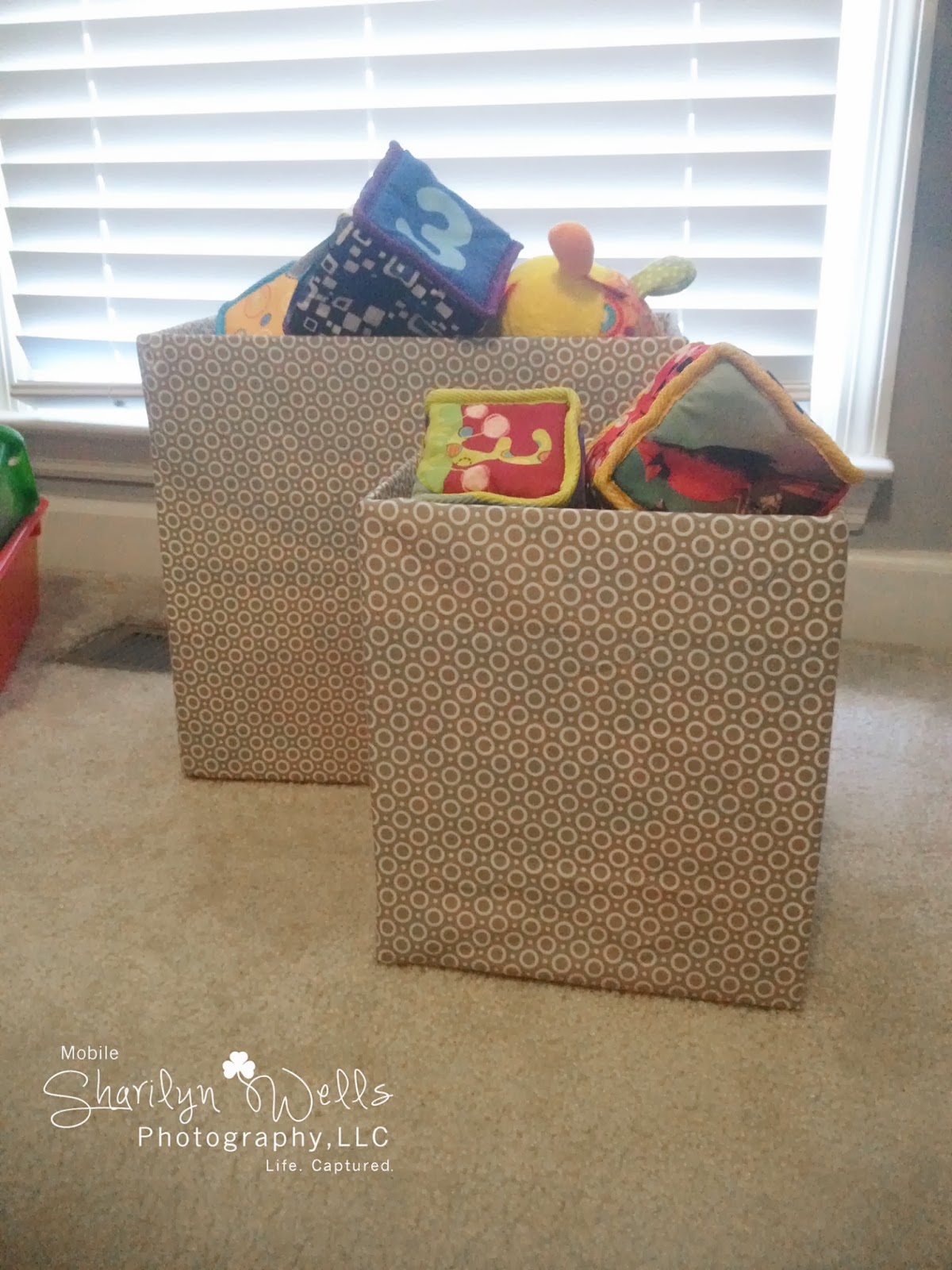 I want to say I saw how to do these on Pinterest … but I can't find the pin on any of my boards. So I'm thinking, I made this up all by myself … ;-) No, probably not. But I do like to say that I did it my way, and it's probably not the preferred method … but it's a method. 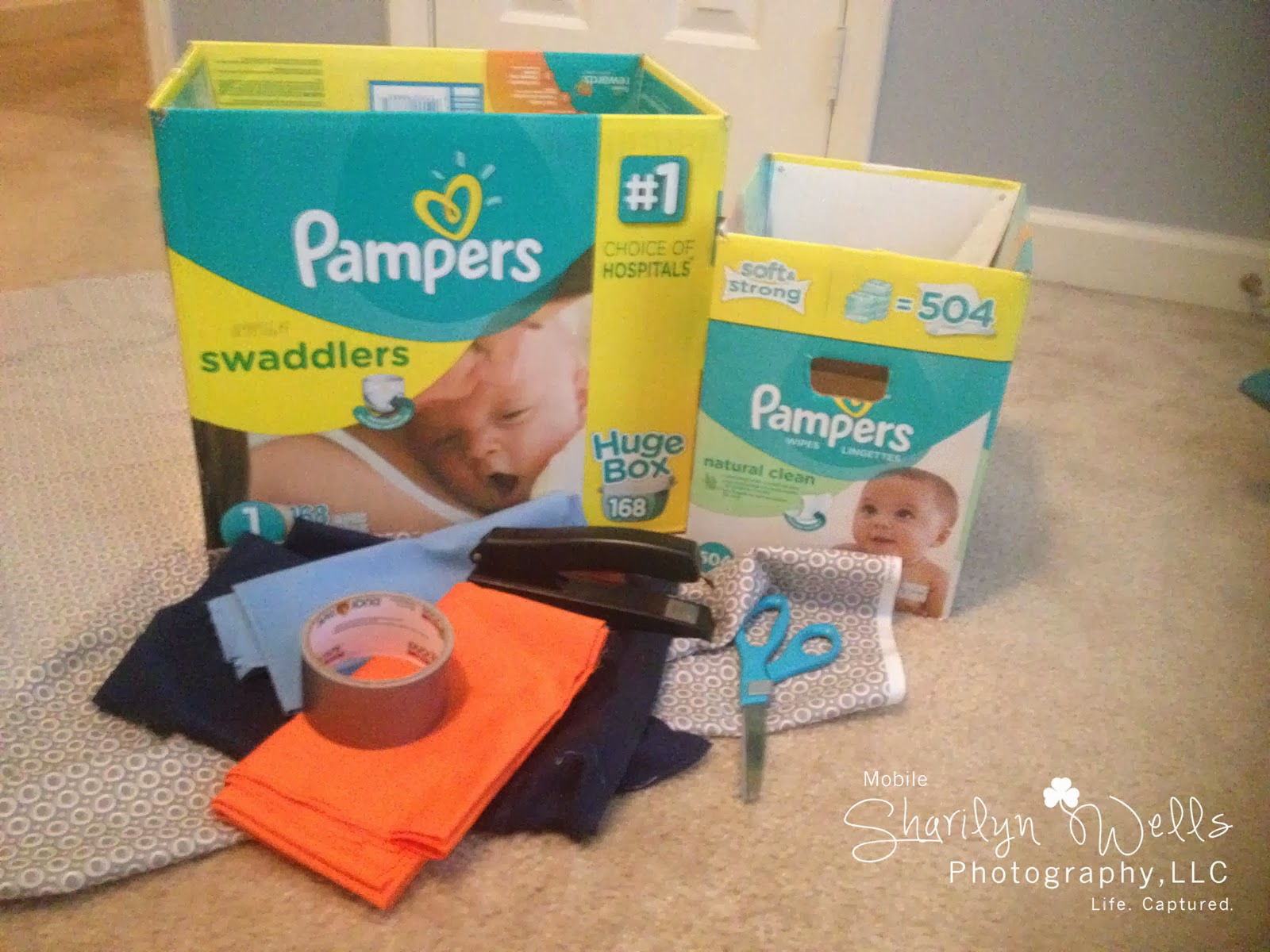 So here are the supplies I used. I've got A LOT of diaper boxes floating around now that I've had my littlest. I also had left over fabric from when I made STUFF in his nursery which you can see HERE. Basically, this project was at no extra cost to me … which I am TOTALLY okay with. 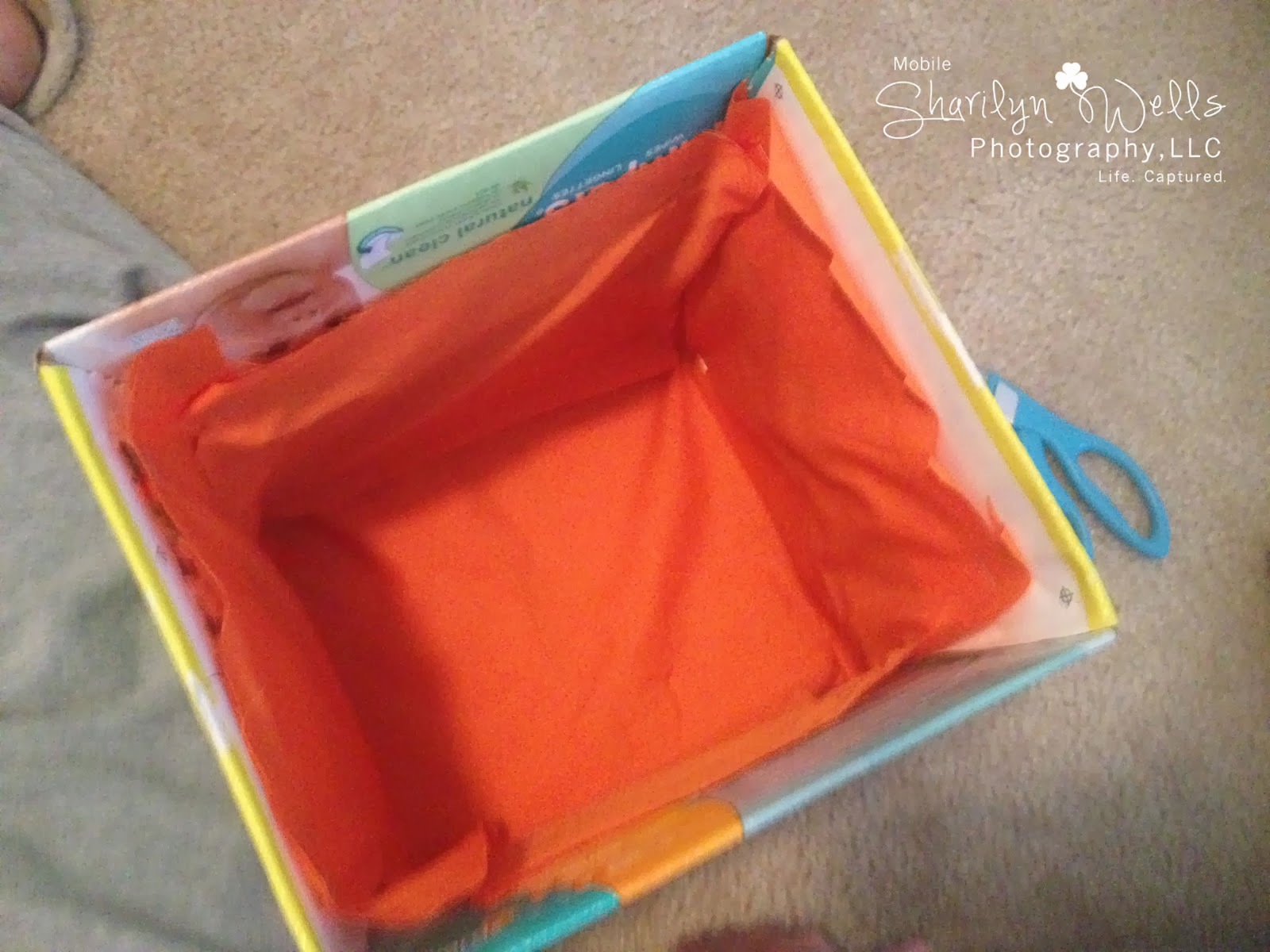 First, I measured off the fabric for the inside  I then stapled the fabric onto the box. It's a lil' tricky, though my eldest did help me out so, it's not that difficult. It's a little sloppy as I really don't have patience to make it perfect… and it's a toy bin that I will be using. I'm not selling it to the highest bidder. ;-) 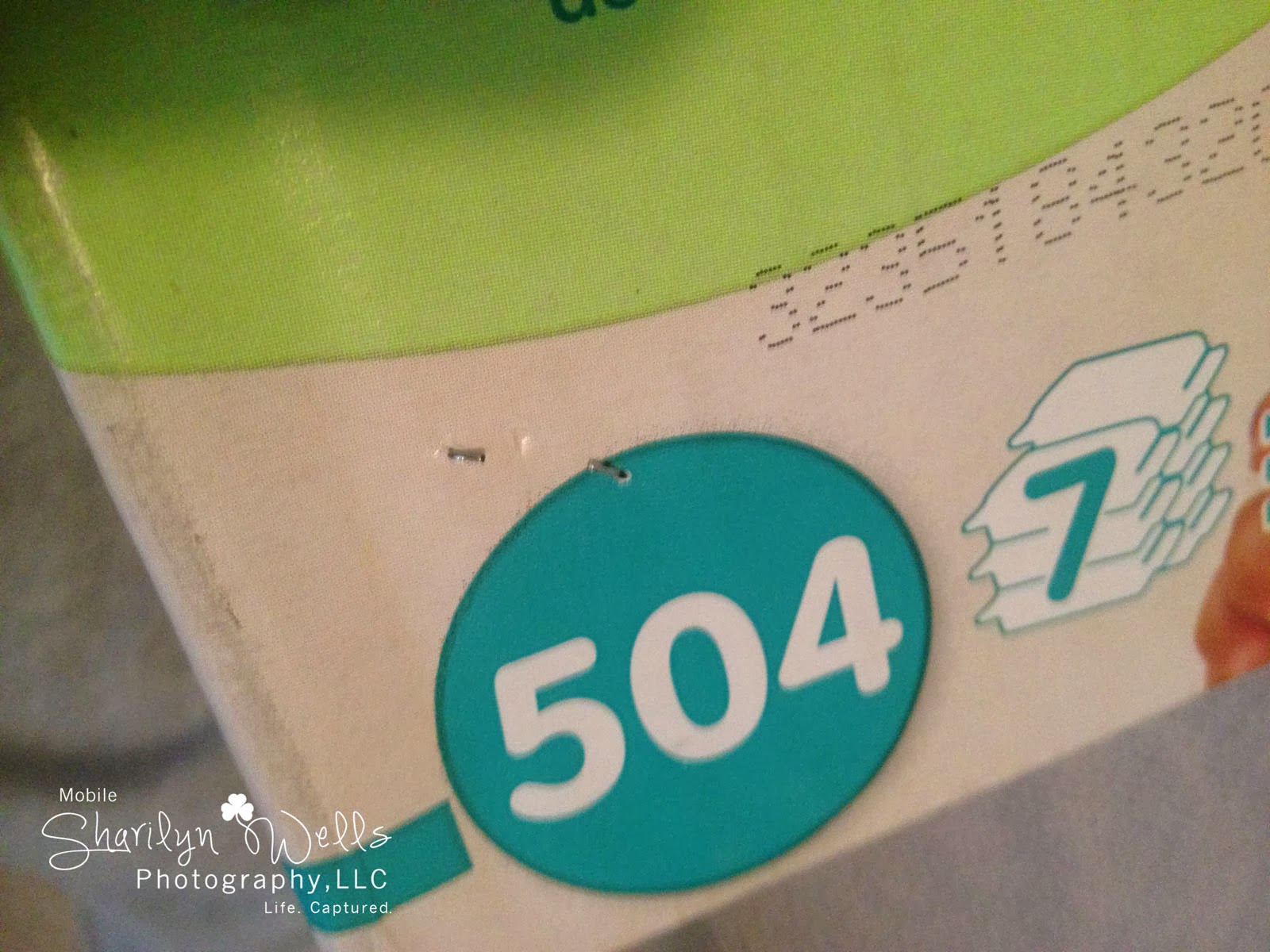 This is one of the issues I ran into .. as one will always run into when trying something out for the first time. The staples come out on the other side. And since there's nothing hard to hit on the other side when stapling, the ends stick straight out. I took my scissors and used them (closed) to bend the ends to look like a staple going through paper. (If that makes any sense.) Before doing that, the staple fell right out when I moved the fabric to tighten it as there was nothing holding it in place. Once I bent the ends, it was magic. The fabric stayed. 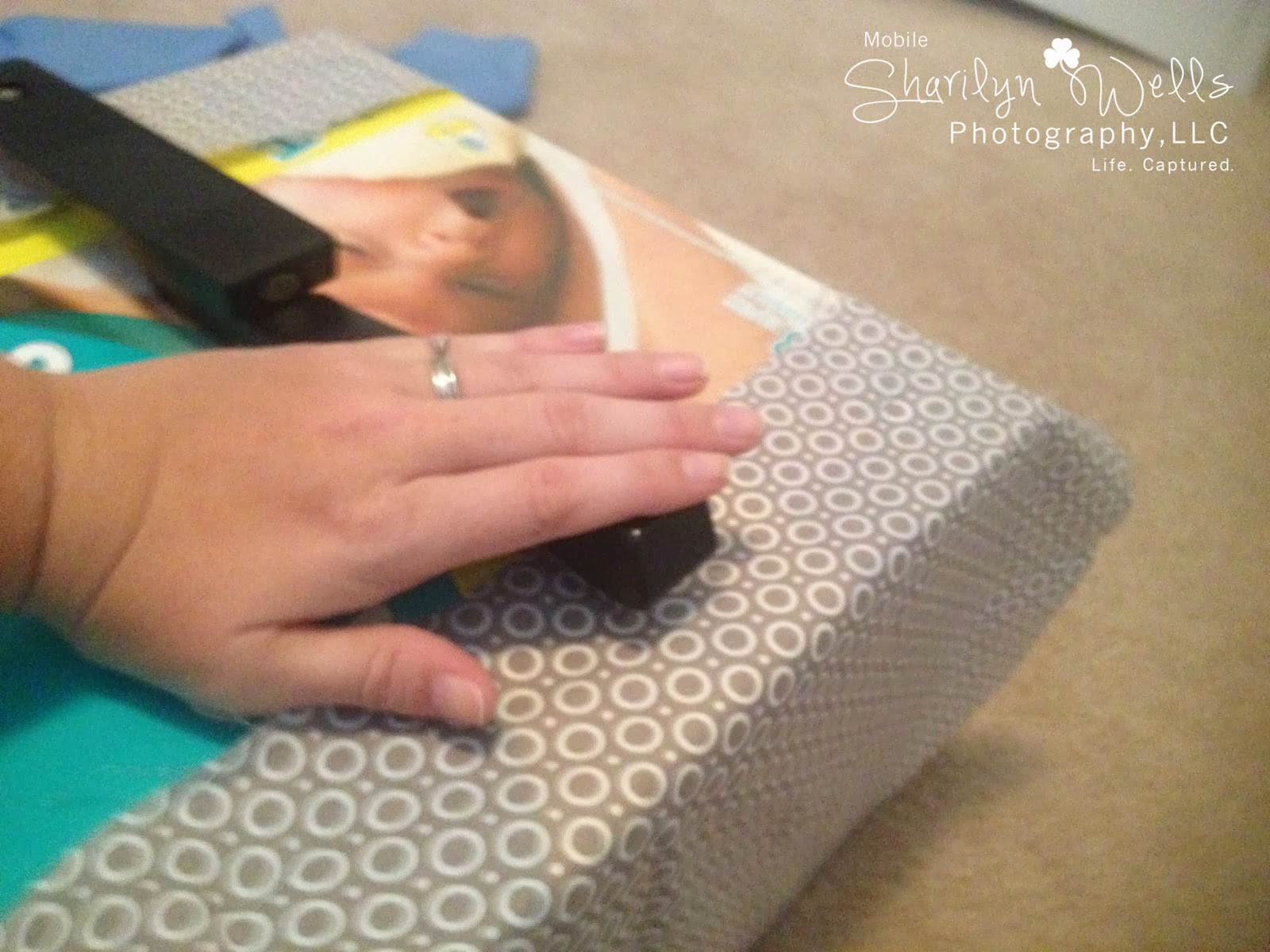 I then put the outside fabric around it … which happened to be a lil' short, but It didn't bother me. I just covered up with another sheet of the same fabric. The first time, I did the inside first and the second box I tried the outside first. Here are examples of what the inside looks like on each: 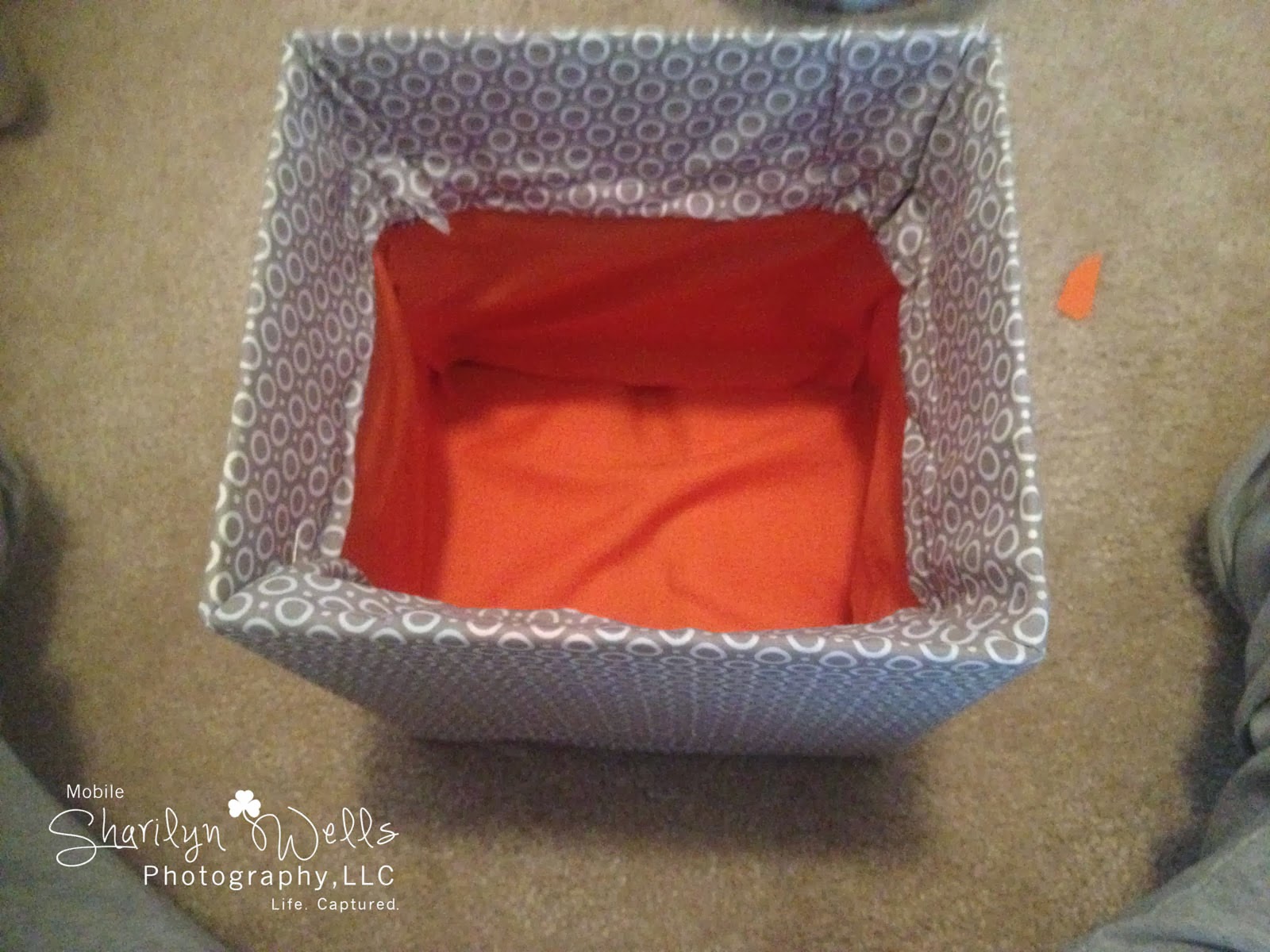 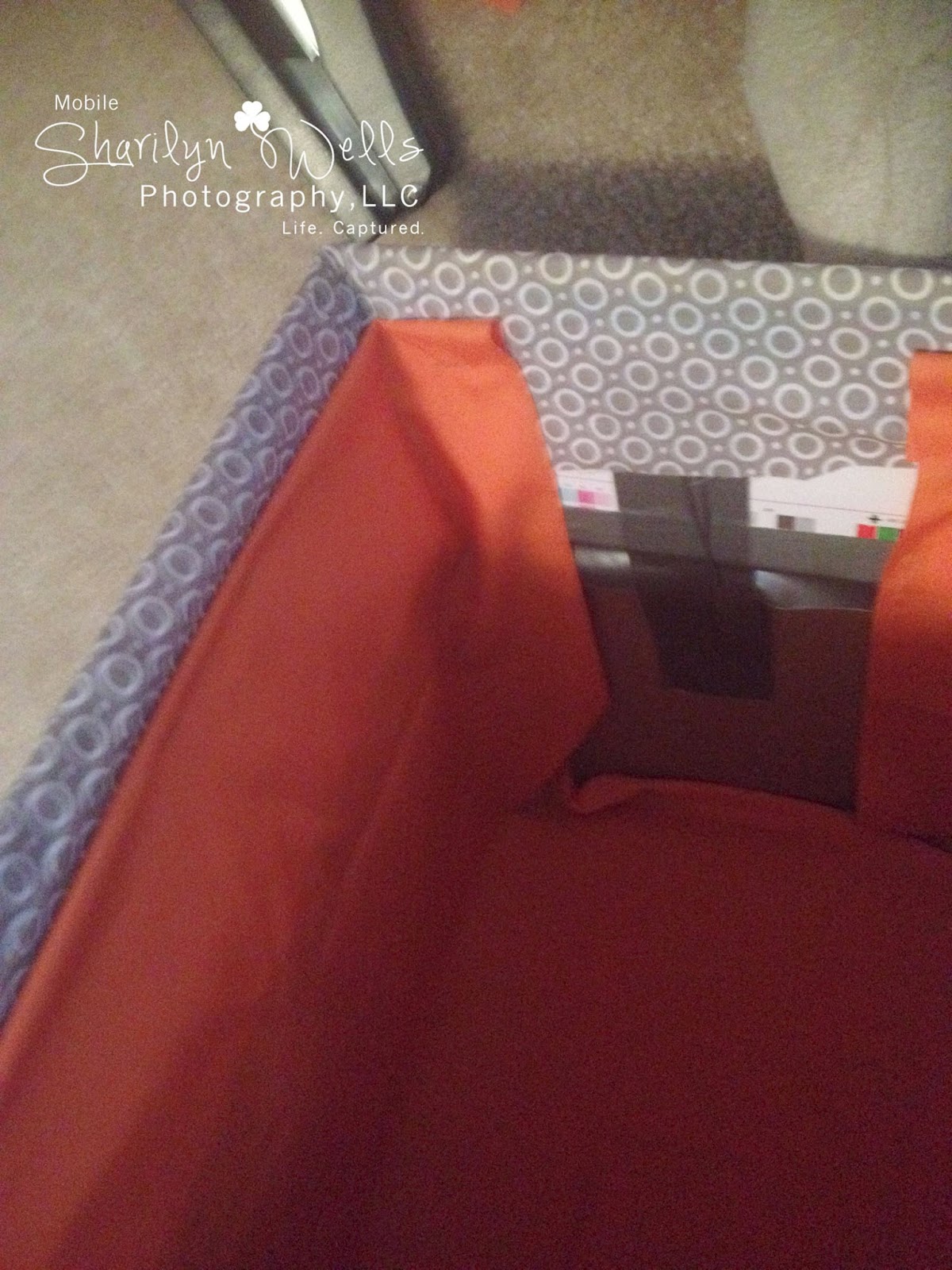 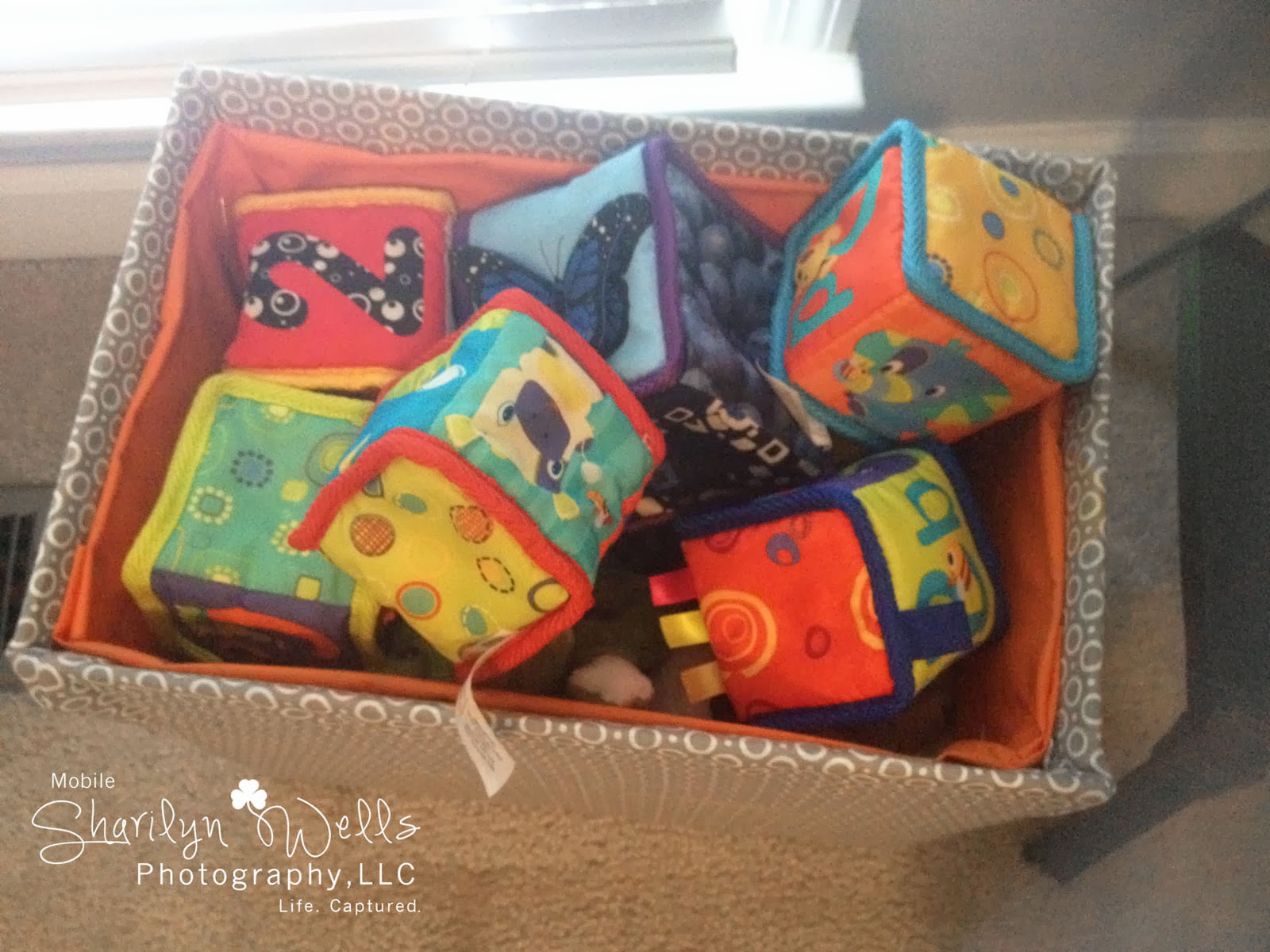 And viola! Toy box on a dime. Do I think the staples will uphold a toddler? No. Probably not. But I'll have to teach him to treat his stuff with respect and maybe, just maybe it'll last.

One last tip: make sure all staples are bent in. You don't want any sharp ends prodding out poking lil' hands when they reach for their favorite toy. I ran my fingers around the boxes to make sure there were no hazards.

All my  photos were taken with an iPhone and copyrighted by SWP.
*** Please remember that all images are copyrighted to Sharilyn Wells Photography, LLC. Please do not copy or alter any images without SWP, LLC consent. ***
Posted by Sharilyn Wells at 11:07 PM