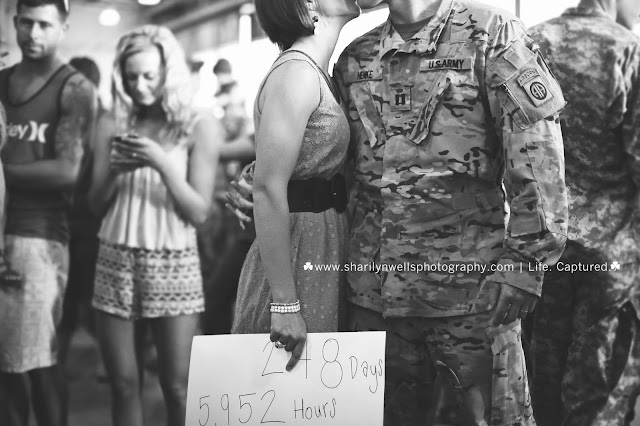 This was another cute homecoming as his entire family was there to welcome him home and one excited wife! <3 Her times and dates kept changing ... as per the norm a homecoming. Those darn military schedules are never predictable. But we finally got word and it was at a different location that I had never shot at before. 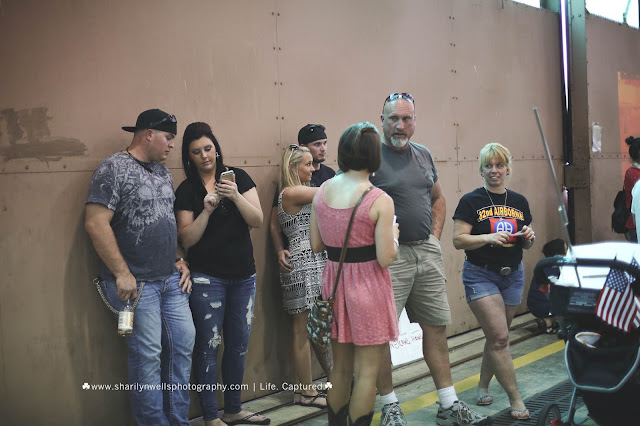 I was a tad nervous only because I didn't know the location, but it seemed that within the same weeks that led to this homecoming, a lot of photographers were photographing here and I was able to pull from their knowledge of the location. Seeeeee??? This is why it's so important to know the photographers in your area and - gasp - befriend them! ;) No, but seriously, there are some great photographers out here and it was awesome for them to "shed some light" (see what I did there?) ;) on the location. 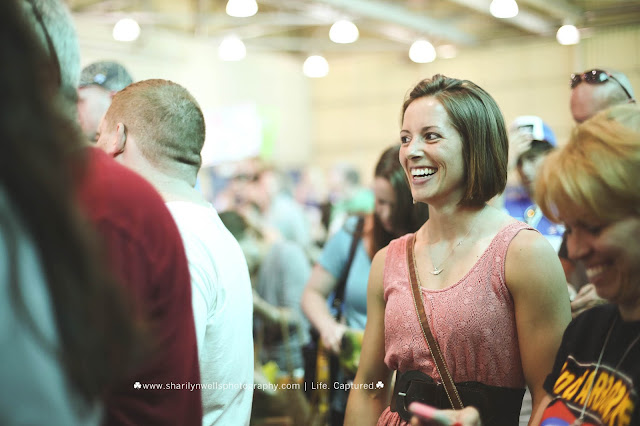 We arrived around 5pm and were told they were still about an hour out. They were actually flying into Fort Bragg, but wanted families at Simmons Air Field so we had to wait for them to get their gear unloaded and turned in before they were to march into the Hanger at Simmons. 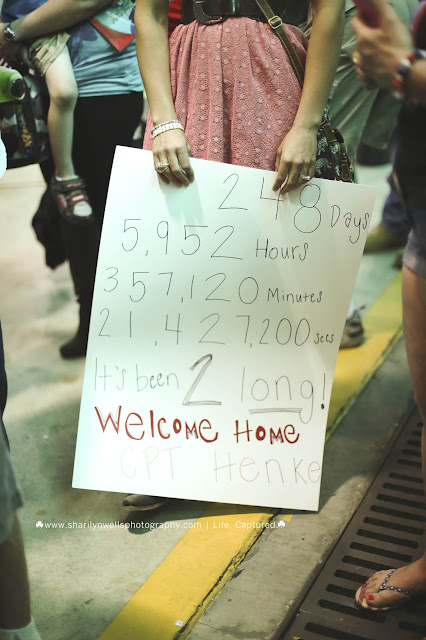 When the buses pulled around the fence, everyone ... and I mean EVERYONE ran from the (somewhat) cooler outside to the much more humid and warm inside of the hanger. But sigh .... they still weren't going to walk off that bus just yet ... 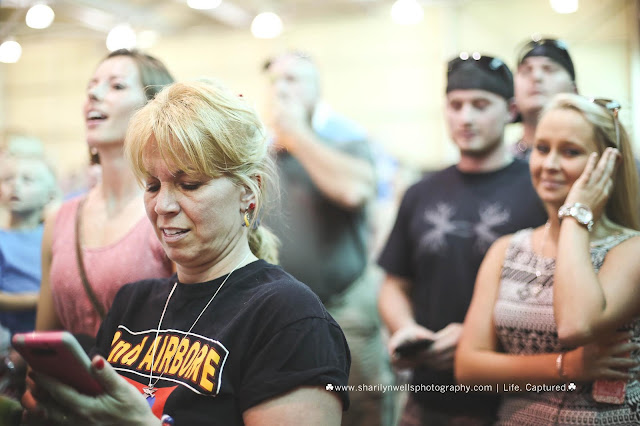 Mom and wife were super anxious and updating other family and friends via phone. 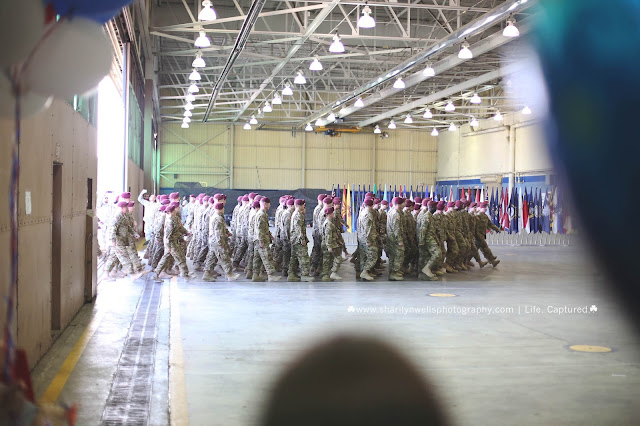 Finally, the buses' brakes were heard outside the hanger and the crowd began to buzz again with excitement. Then it happened ... they marched in as the band played a marching tune. 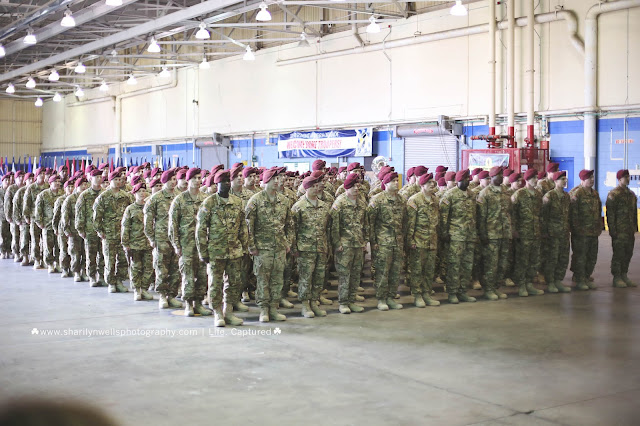 After the usual National Anthem, Army Song and SHORT (i know right? surprising) words from the commander, the soldiers were released to their families.

We waited and waited and I even asked her what she was going to do. Wait in one place or go running. She decided to not run, but walk quickly to the formation to find him. It seemed like for ever and even though she was waving her sign ... she wasn't finding him. THEN he found HER in the crowd and they ran to each other. How cute is his face?!

I nearly ran over momma though because when she saw him, she too began to run to him. I had to .... slightly... push my way through (you can see her arm as she took pics above in the reunion shots) so I could get this precious moment. How stinking awesome are they?! 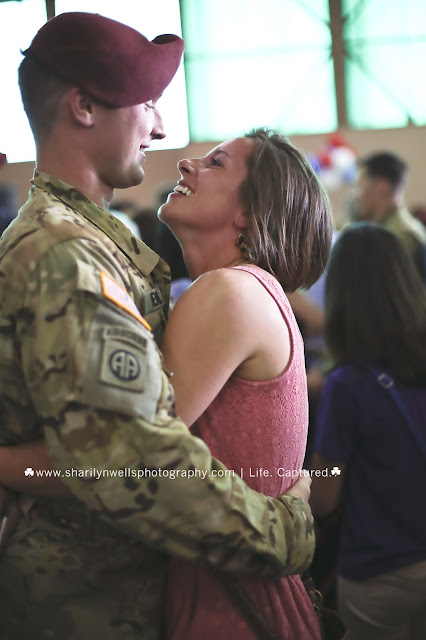 Then it was momma's turn. ;) Look at that joy and relief in her face! 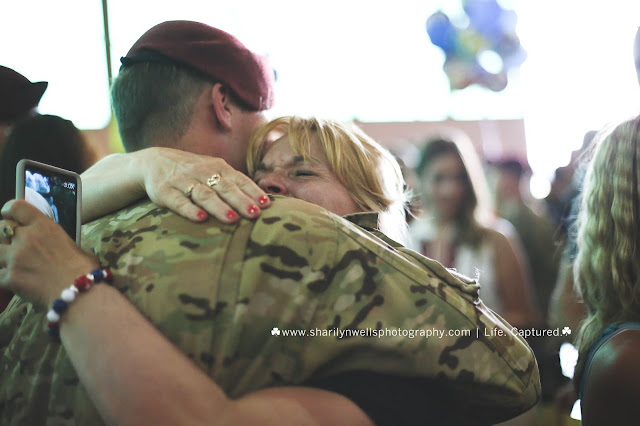 Here's the family. Mom, Dad, brothers (girlfriend and wife) and then his beloved wife. Looking good. 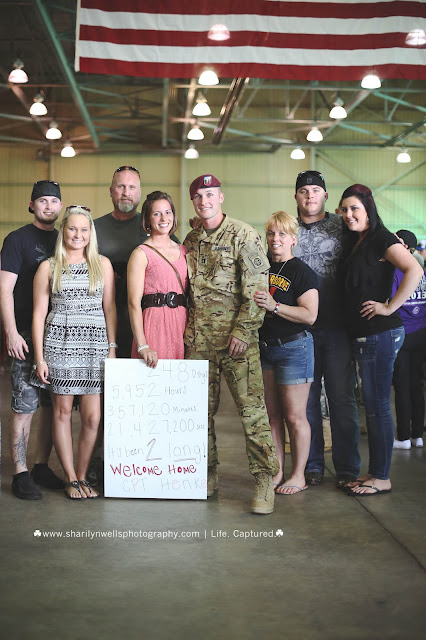 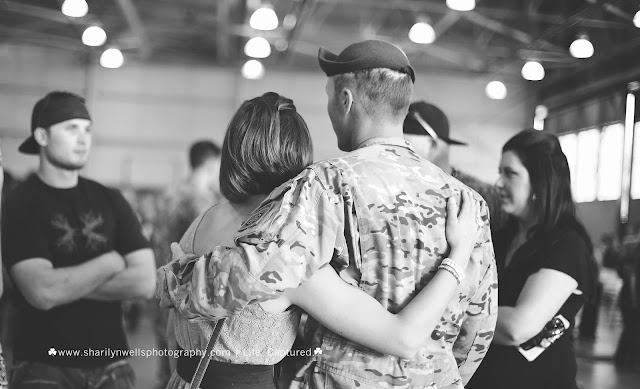 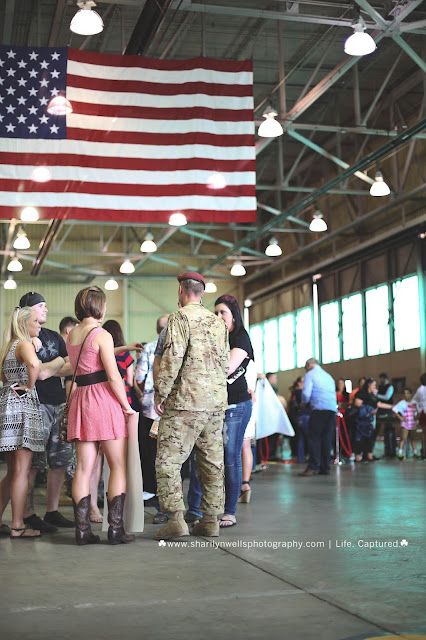 How perfect is that flag above them?! I totally dig it. 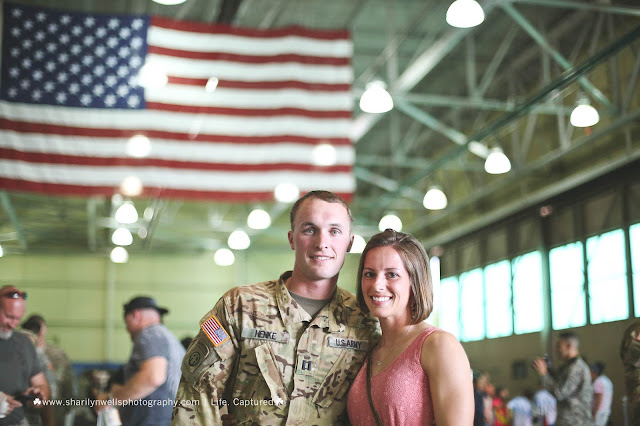 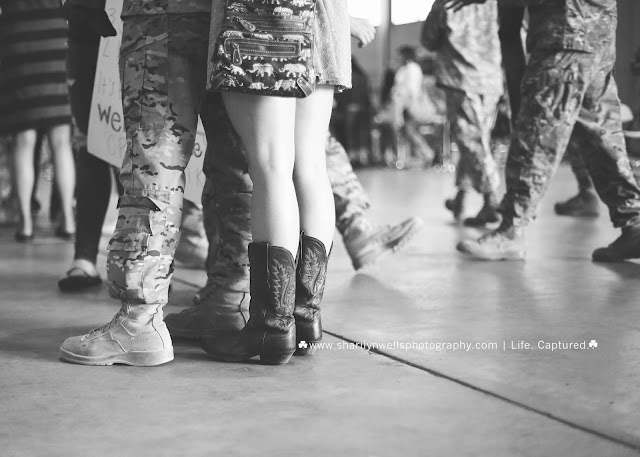 Together at last. And look at that light outside the hanger ... lol I wish were could've shot some pics on the flight line! Would have been gorgeous! 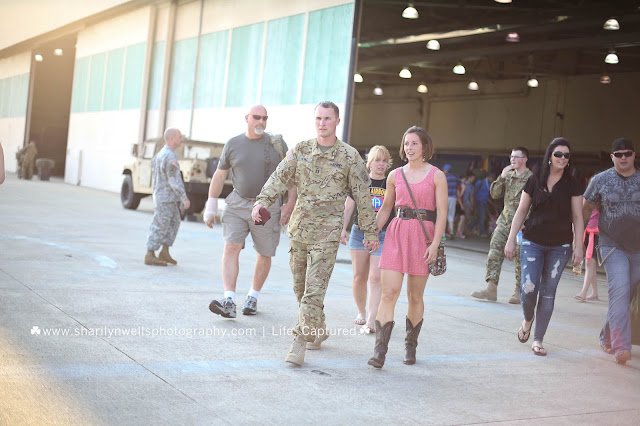 *** Please remember that all images are copyrighted to Sharilyn Wells Photography, LLC. Please do not copy or alter any images without SWP, LLC consent. ***
Posted by Sharilyn Wells at 2:11 PM