"It is impossible to say how first the idea entered my brain; but once conceived, it haunted me day and night. Object there was none. Passion there was none. I loved the old man. He had never wronged me. He had never given me insult. For his gold I had no desire. I think it was his eye! yes, it was this!" — Tell-Tale Heart | Edgar Allen Poe 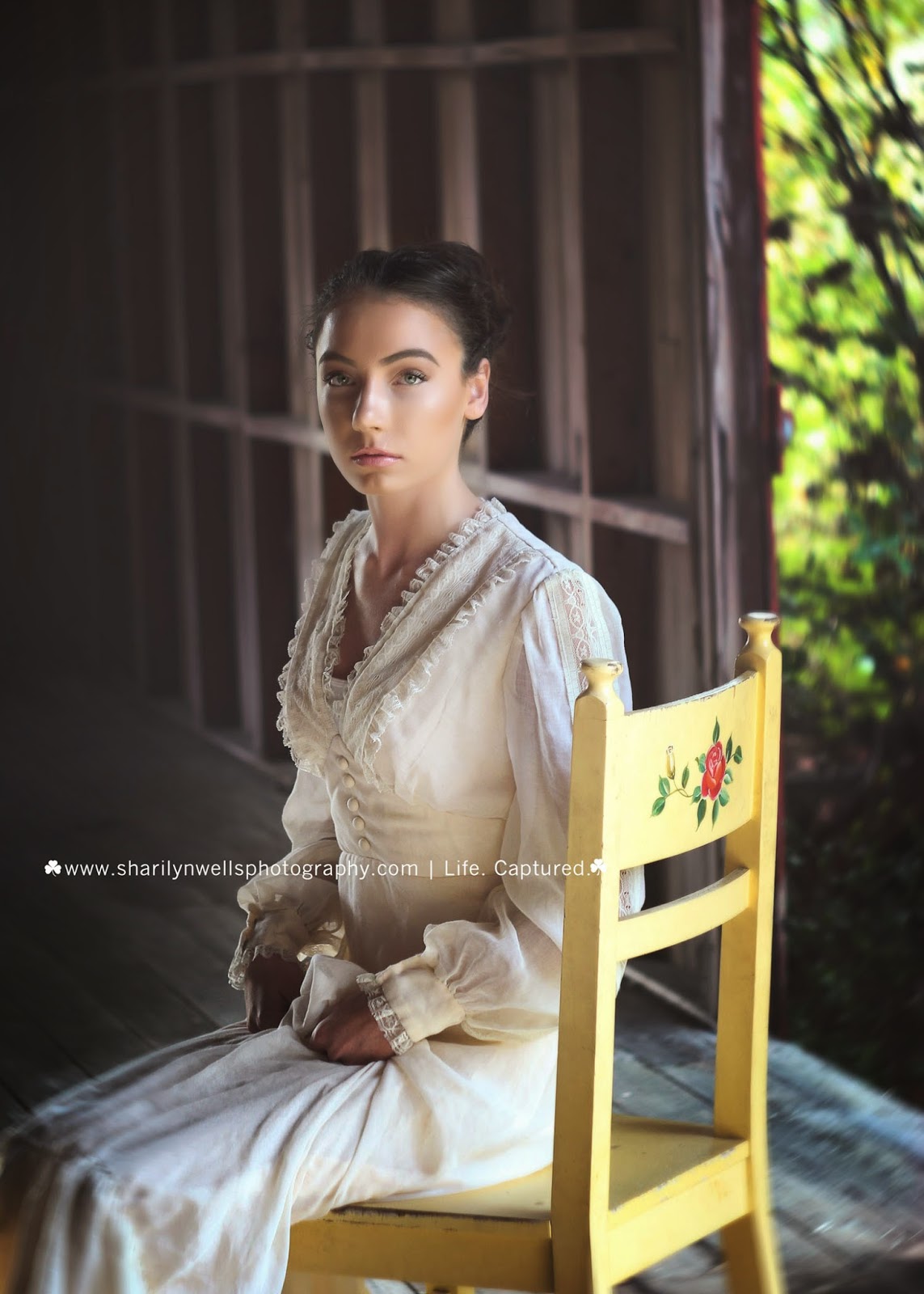 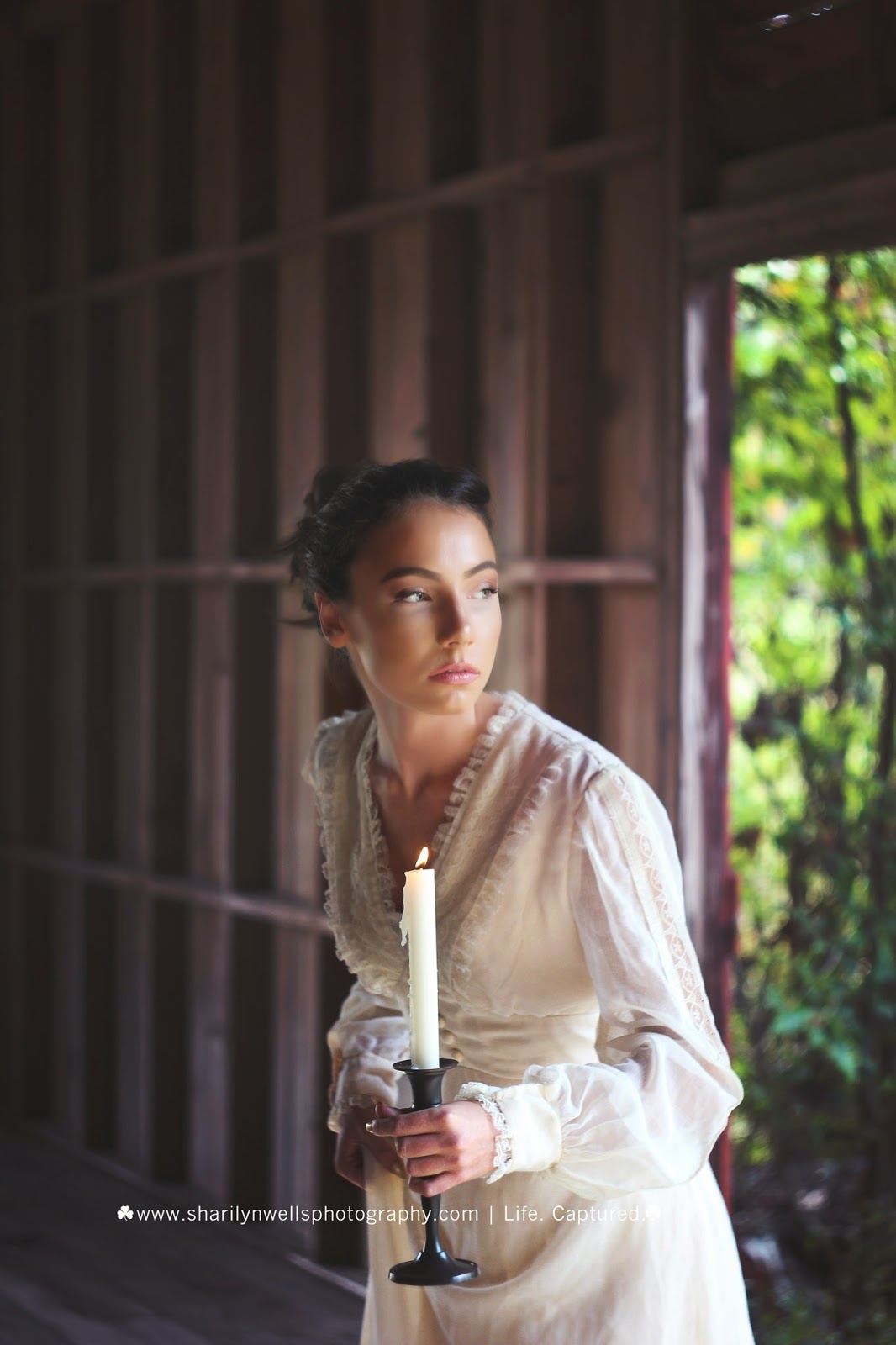 This session couldn't have turned out any better ... it started out rough, but turned out great. At last minute, our model canceled on us. But Tay stepped up to the plate and hit a home run for us! I had this crazy idea (maybe it was all the Halloween hubbub around me) to do a concept based off of Edgar Allen Poe's short story, The Tell-Tale Heart.


"He had the eye of a vulture --a pale blue eye, with a film over it ... Now this is the point. You fancy me mad. Madmen know nothing. But you should have seen me. You should have seen how wisely I proceeded --with what caution --with what foresight --with what dissimulation I went to work! I was never kinder to the old man than during the whole week before I killed him." — Tell-Tale Heart | Edgar Allen Poe 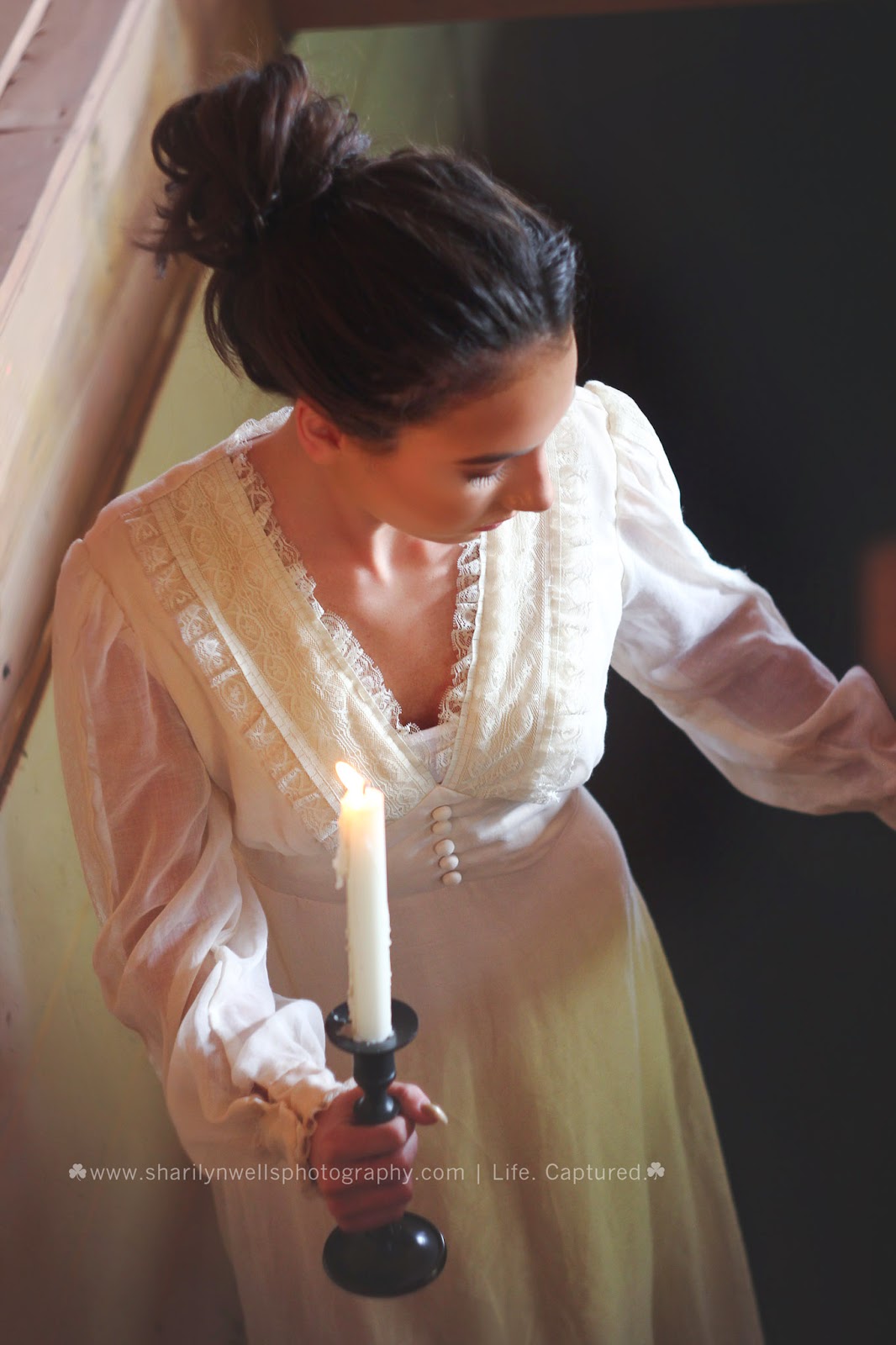 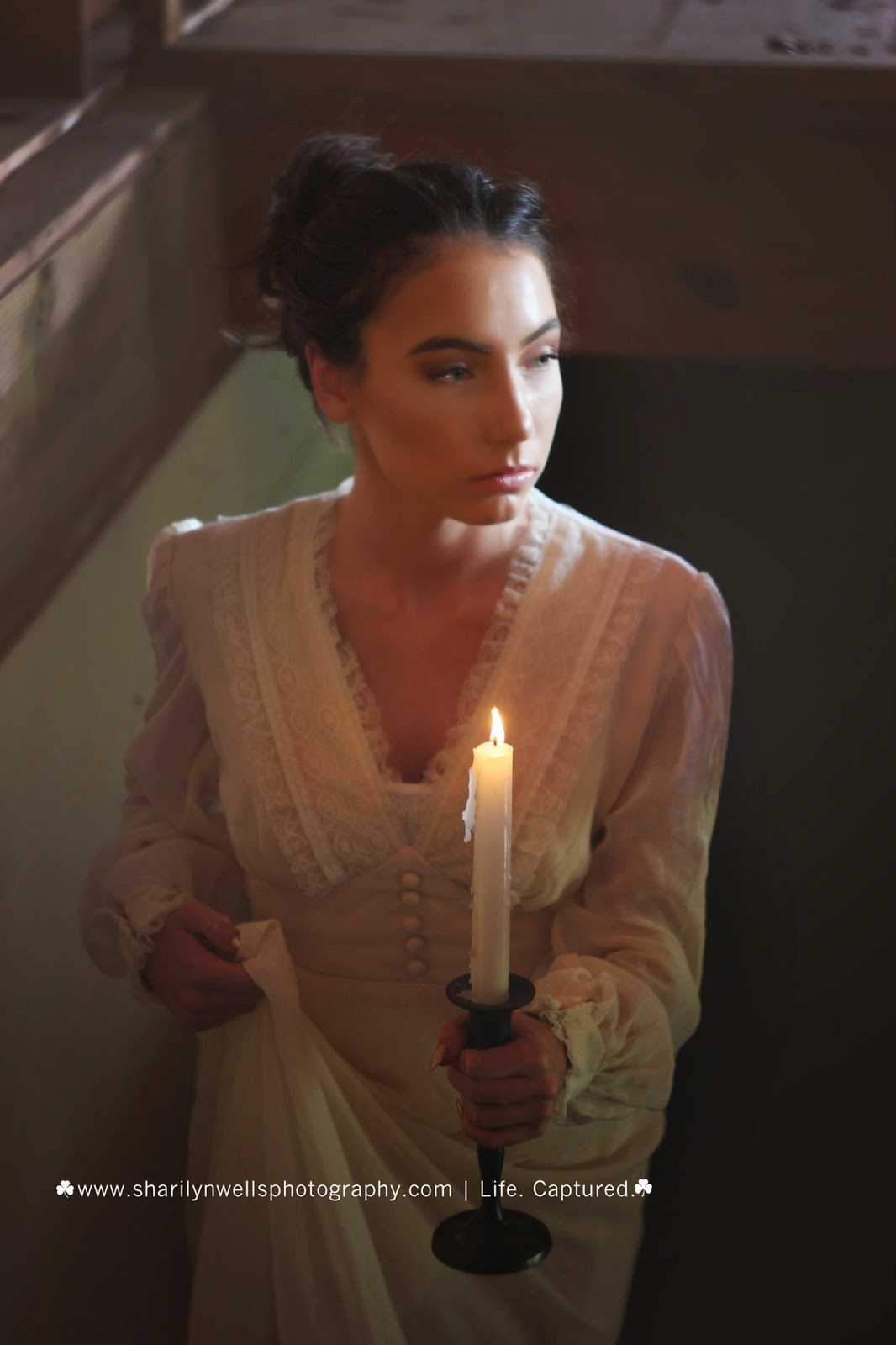 For those of you not familiar with the story, I have put some excerpts into this photo series to help paint the picture even further for you.


"I had my head in, and was about to open the lantern, when my thumb slipped upon the tin fastening, and the old man sprang up in bed, crying out --'Who's there?' ... When I had waited a long time, very patiently, without hearing him lie down, I resolved to open a little --a very, very little crevice in the lantern. So I opened it --you cannot imagine how stealthily, stealthily --until, at length a single dim ray, like the thread of the spider, shot from out the crevice and fell full upon the vulture eye." — Tell-Tale Heart | Edgar Allen Poe 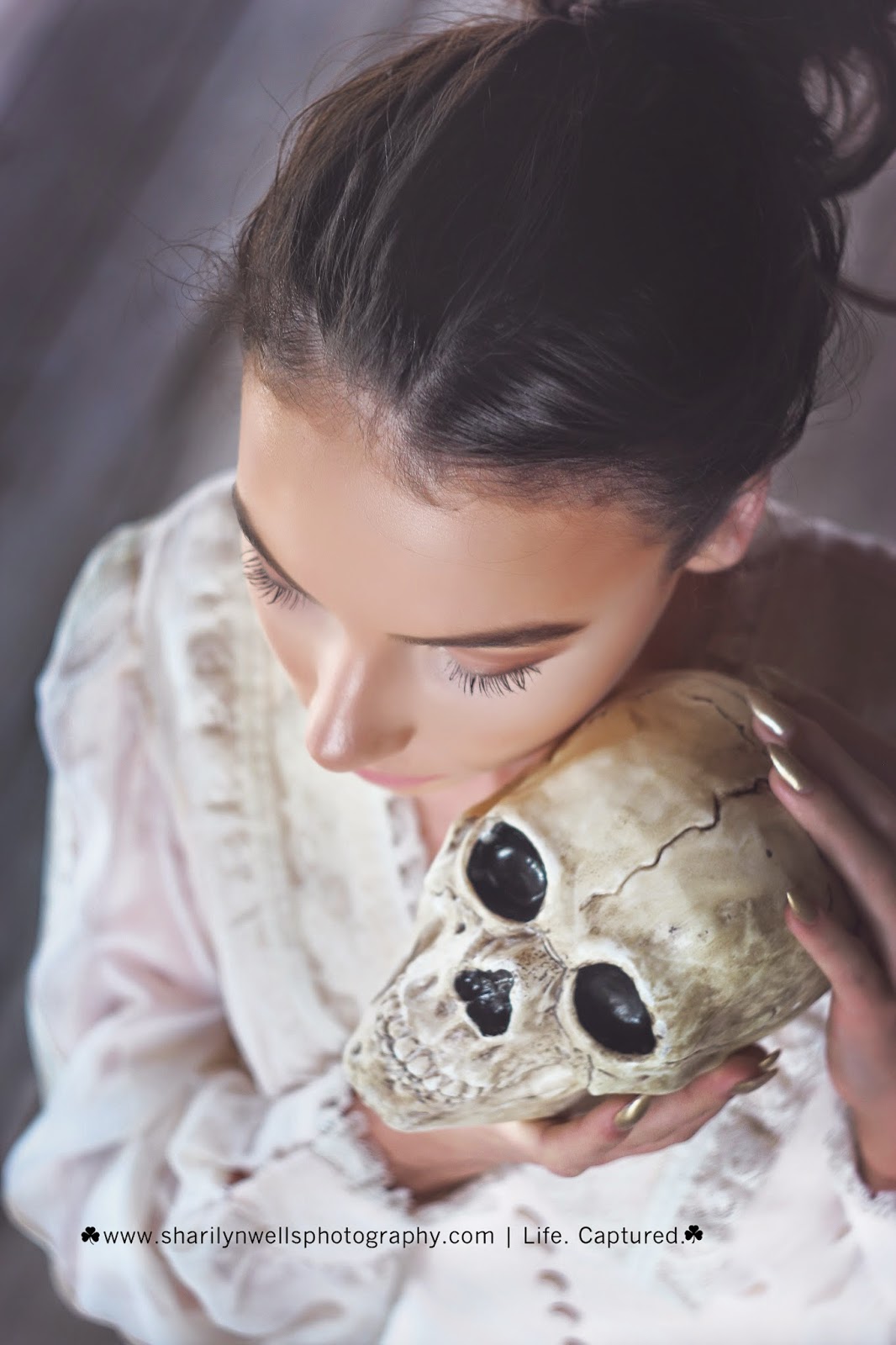 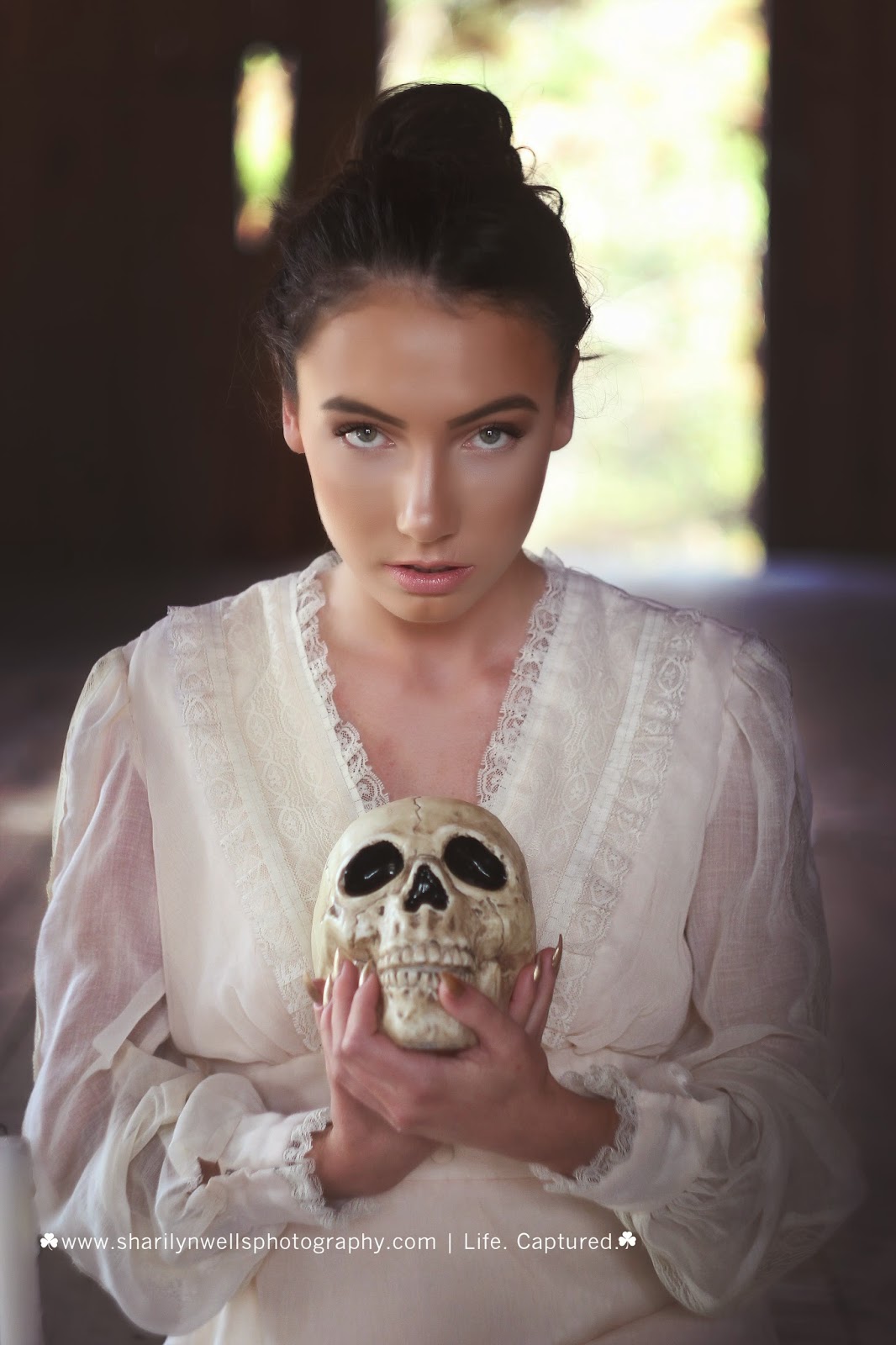 "I knew that sound well, too. It was the beating of the old man's heart. It increased my fury, as the beating of a drum stimulates the soldier into courage ... It grew louder, I say, louder every moment! --do you mark me well? I have told you that I am nervous: so I am ... But the beating grew louder, louder! I thought the heart must burst. And now a new anxiety seized me --the sound would be heard by a neighbor! The old man's hour had come!" — Tell-Tale Heart | Edgar Allen Poe 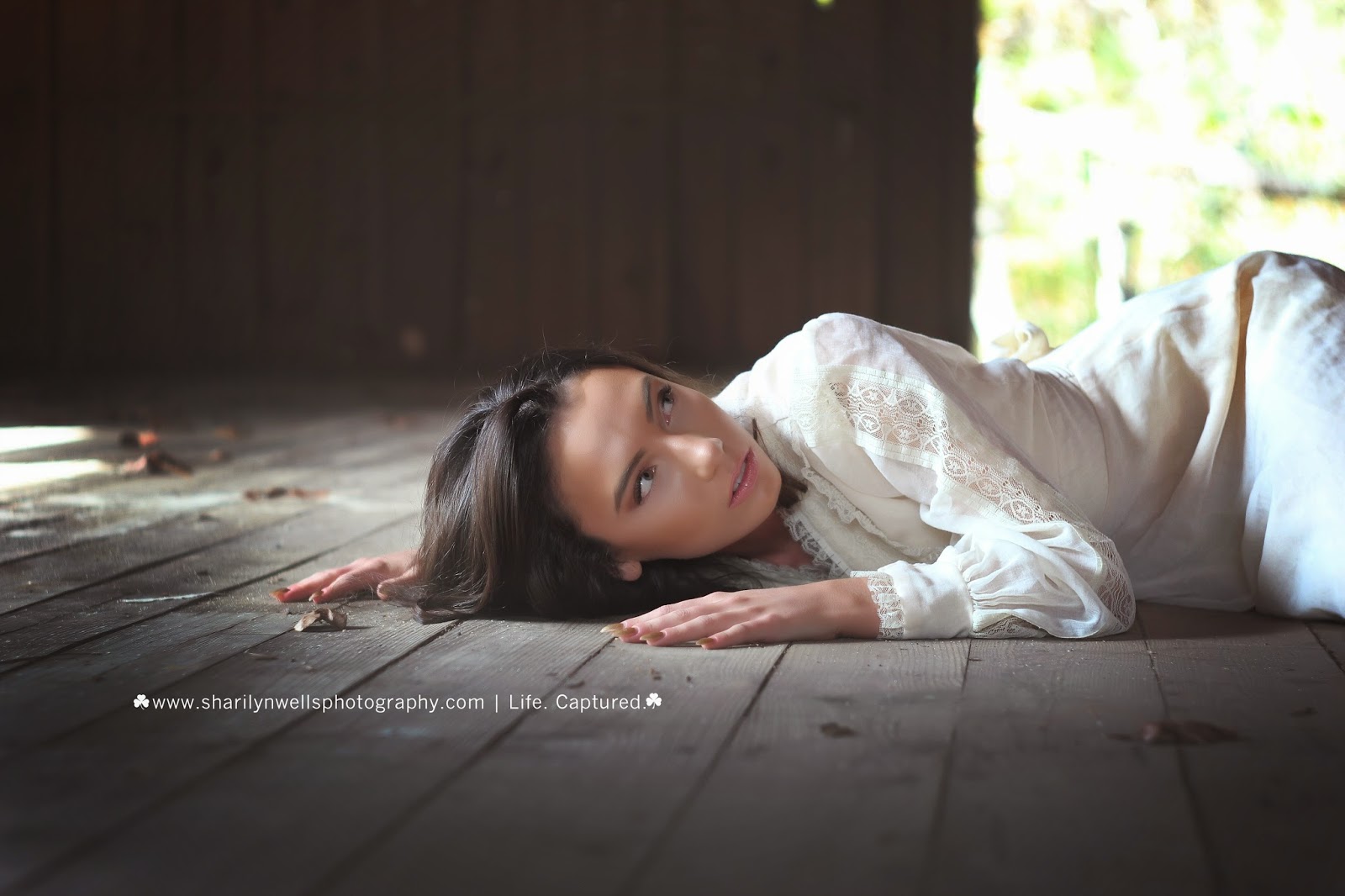 "If still you think me mad, you will think so no longer when I describe the wise precautions I took for the concealment of the body ... I then took up three planks from the flooring of the chamber, and deposited all between the scantlings. I then replaced the boards so cleverly, so cunningly, that no human eye -- not even his --could have detected any thing wrong." — Tell-Tale Heart | Edgar Allen Poe 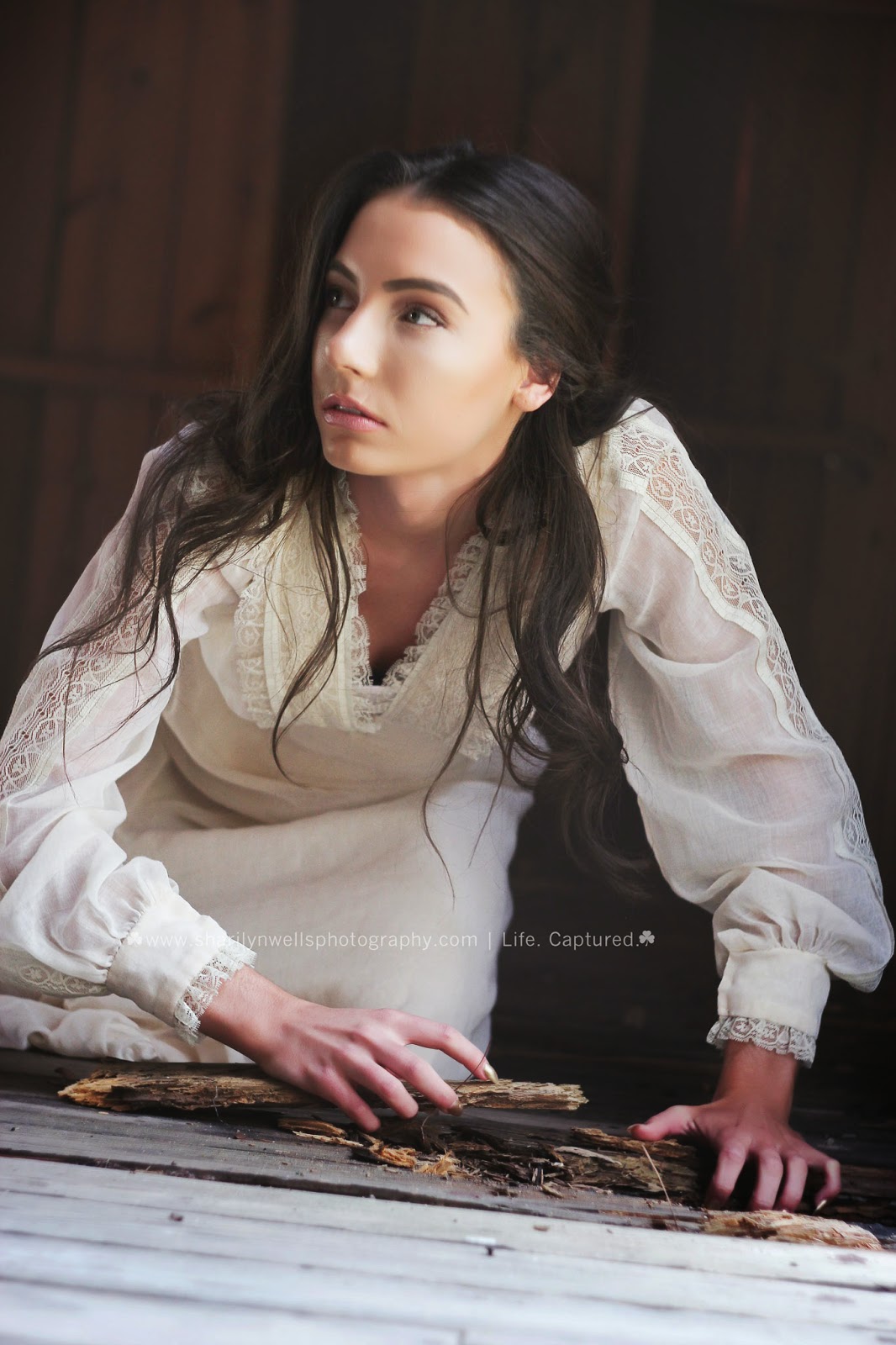 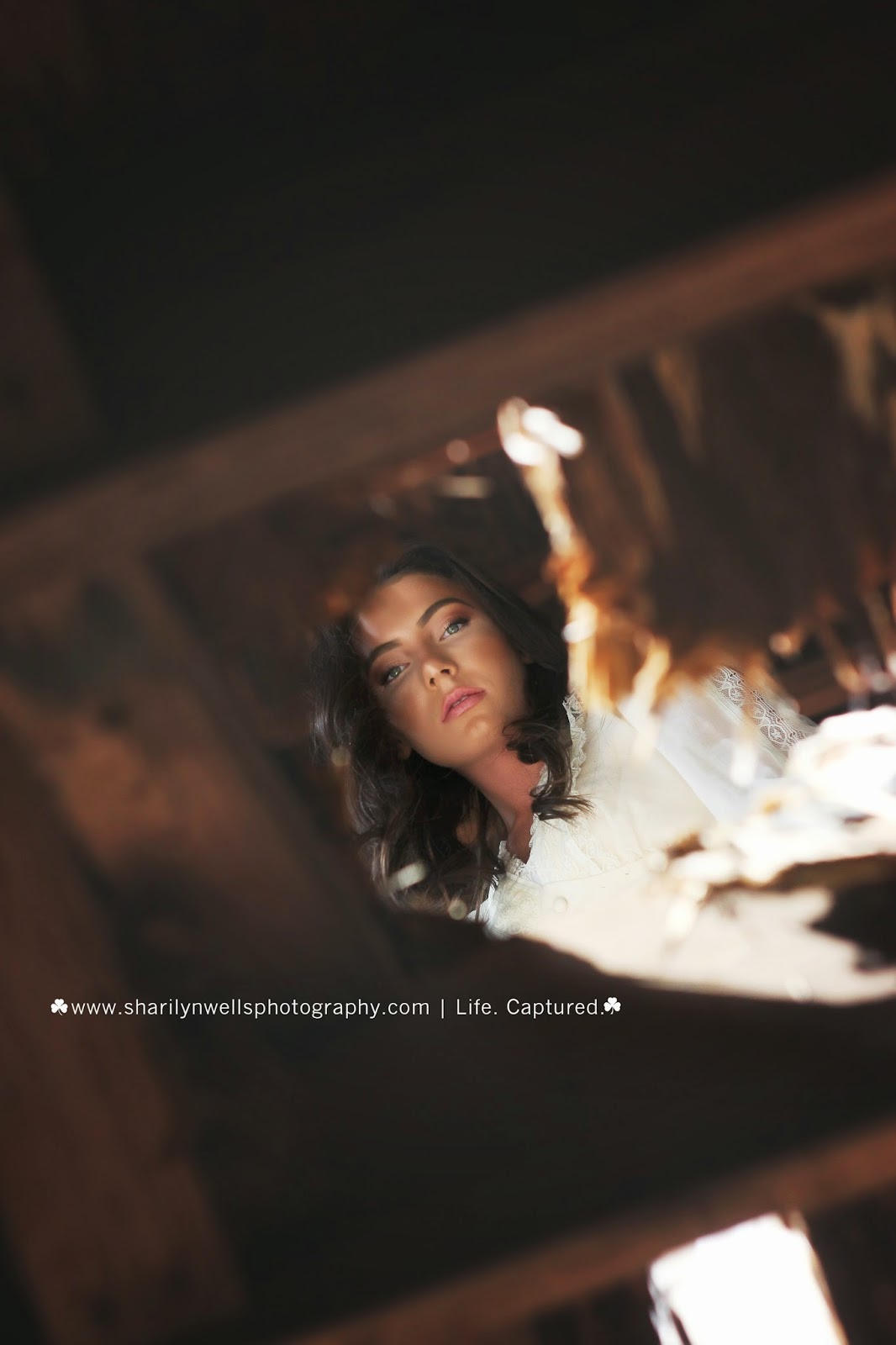 "As the bell sounded the hour, there came a knocking at the street door. I went down to open it with a light heart, --for what had I now to fear? There entered three men, who introduced themselves, with perfect suavity, as officers of the police ... I felt myself getting pale and wished them gone. My head ached, and I fancied a ringing in my ears: but still they sat and still chatted. The ringing became more distinct: --it continued and became more distinct: I talked more freely to get rid of the feeling: but it continued and gained definiteness --until, at length, I found that the noise was not within my ears." — Tell-Tale Heart | Edgar Allen Poe 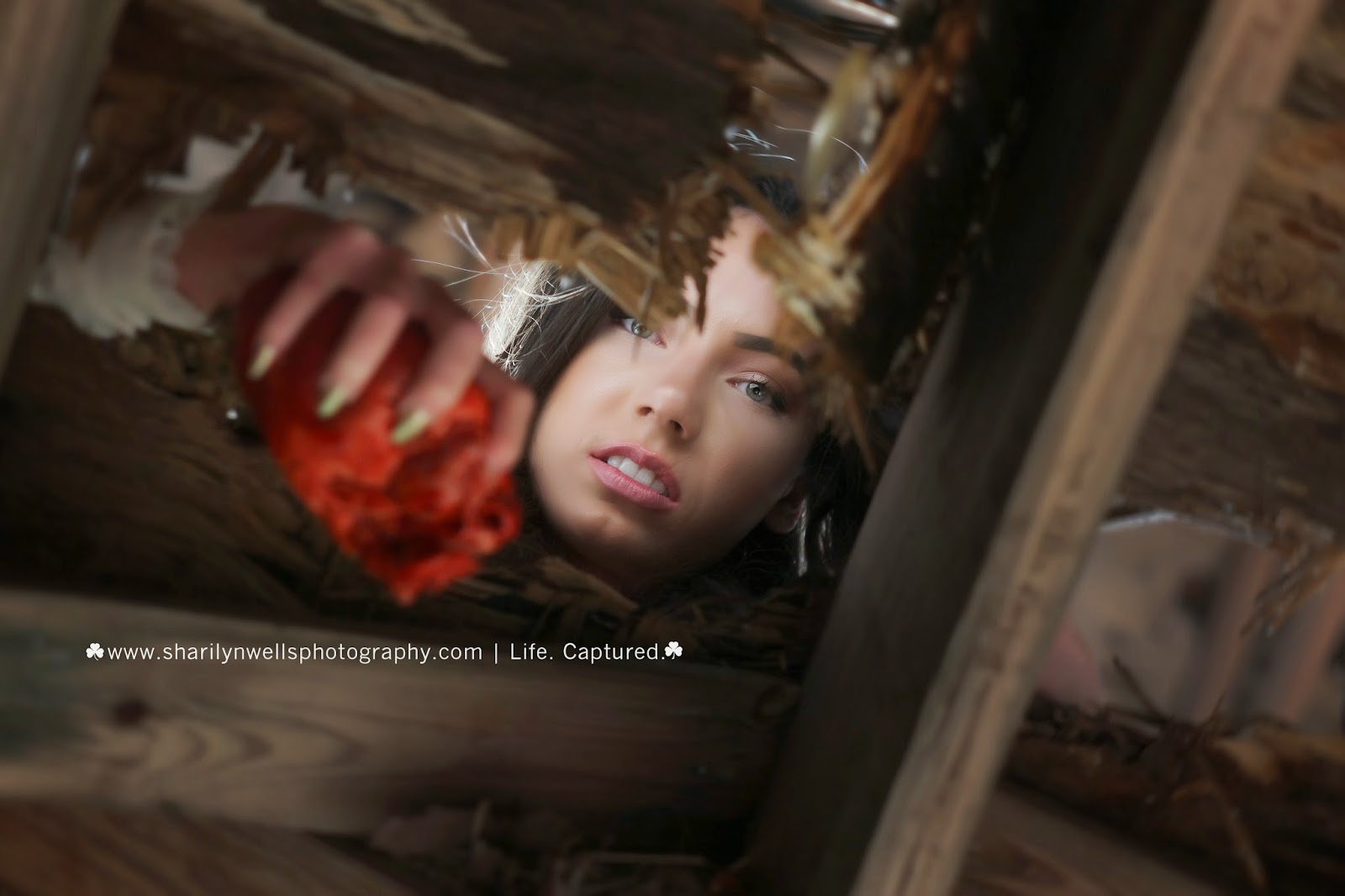 I pitched the concept to my photographer buddies, Tysha and Will and they ran with it. Will even got a real pig's heart for the concept! And a big shout out to Tay for holding that thing. I mean, I was pretty squeamish about it, but she's a Vegan and was still able to rock the shots for us! 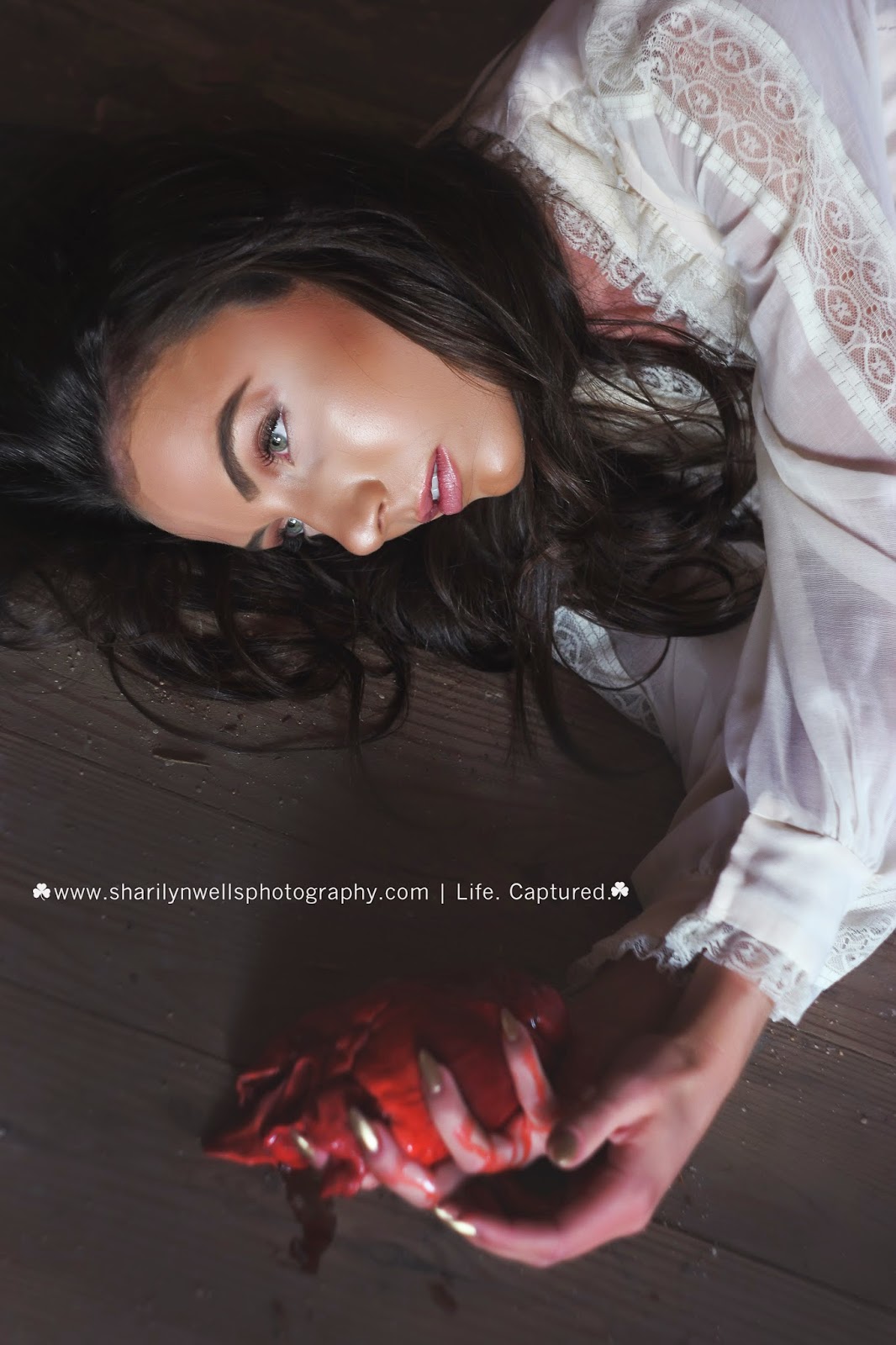 "Was it possible they heard not? Almighty God! --no, no! They heard! --they suspected! --they knew! --they were making a mockery of my horror! --this I thought, and this I think. But anything was better than this agony! Anything was more tolerable than this derision! I could bear those hypocritical smiles no longer! I felt that I must scream or die! --and now --again! --hark! louder! louder! louder! louder! --'Villains!' I shrieked, 'dissemble no more! I admit the deed! --tear up the planks! --here, here! --it is the beating of his hideous heart!'" — Tell-Tale Heart | Edgar Allen Poe 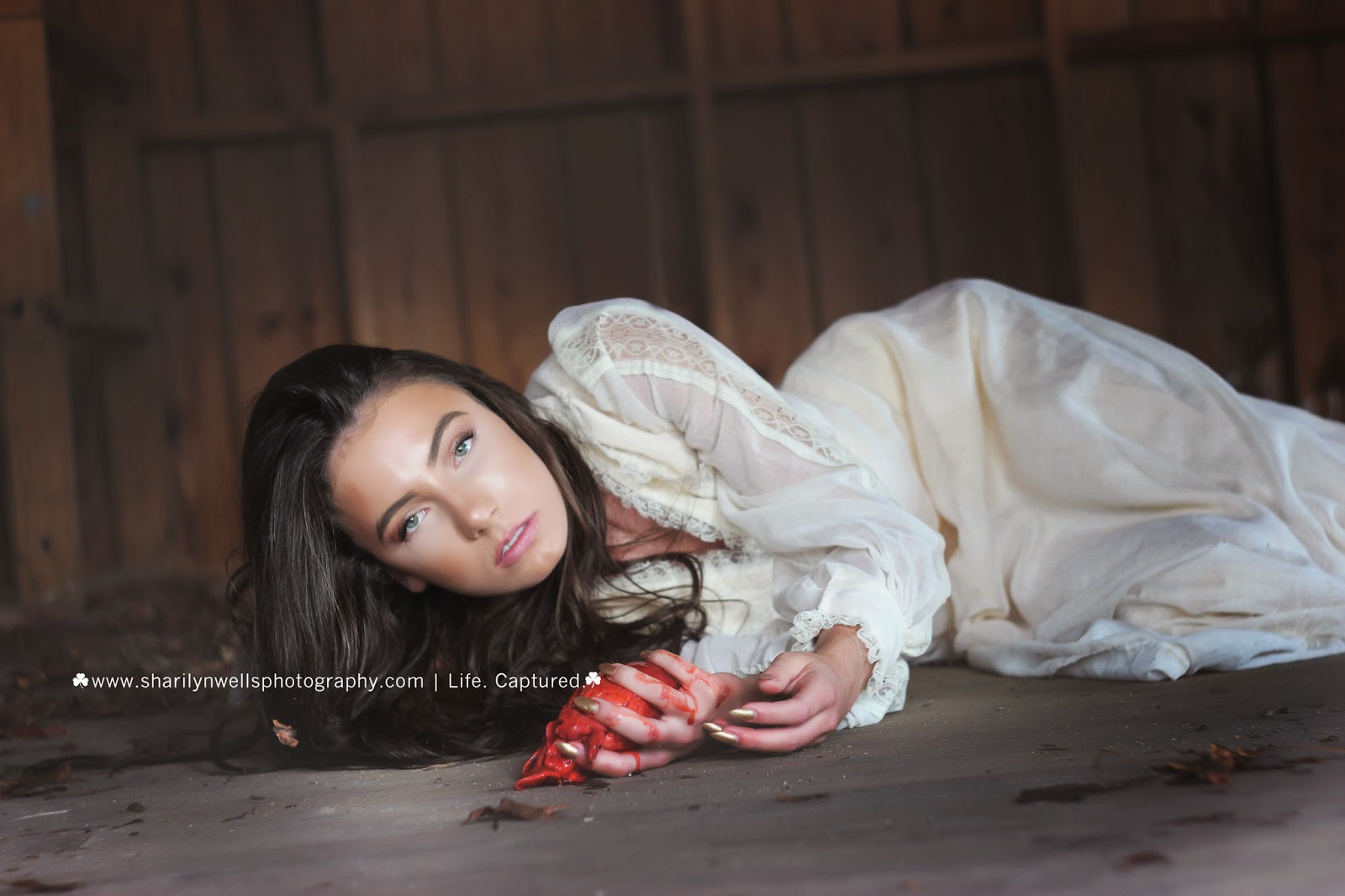 ** Please remember that all images are copyrighted to Sharilyn Wells Photography, LLC. Please do not copy or alter any images without SWP, LLC consent. ***
Posted by Sharilyn Wells at 2:20 PM