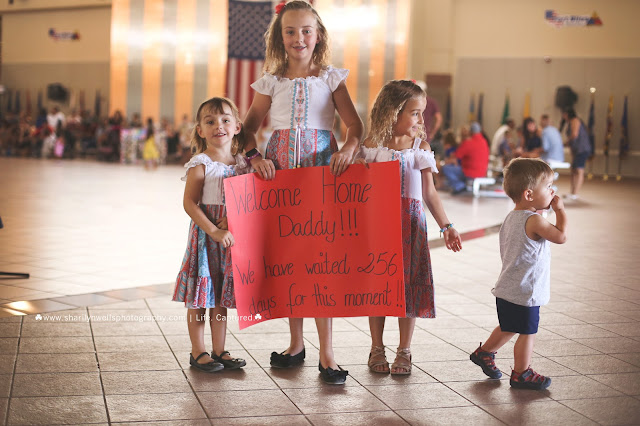 Momma contacted me months in advance to ensure she was able to catch (fingers crossed) the last deployment her family has to go through ever again. She explained that they've been lucky and haven't had to endure very many deployments and three of the children have never, until this moment, had to experience "dad being gone." 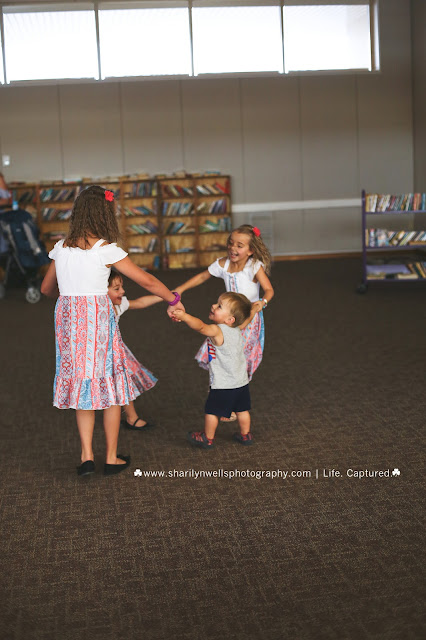 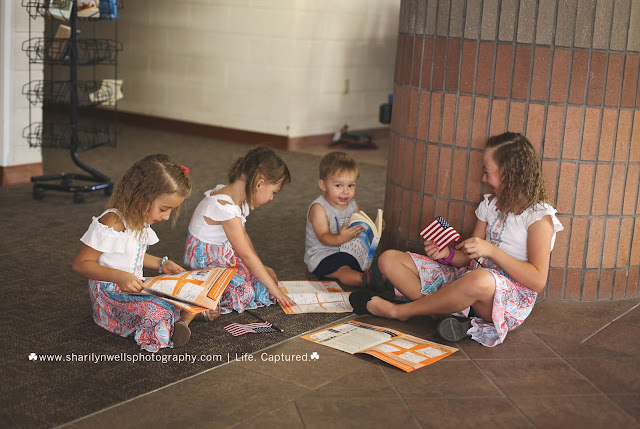 The eldest daughter was very young while he was gone on another deployment. Momma is very thankful for not having to deal with many stressful single parenting deployments and she was extremely happy to have the day finally come where she could sigh a BIG sigh of relief with him back home. 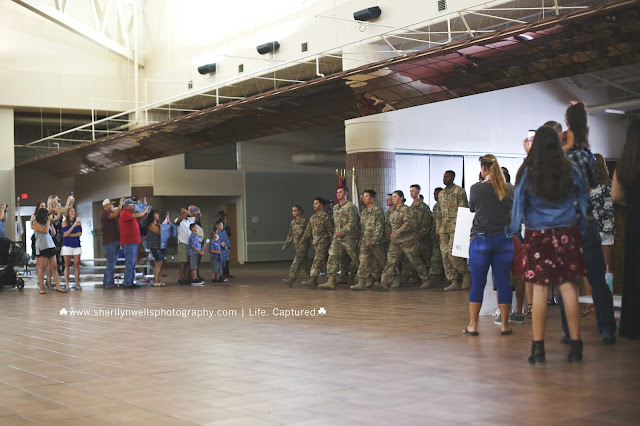 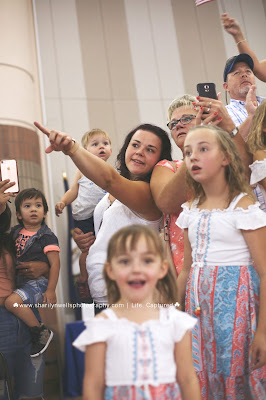 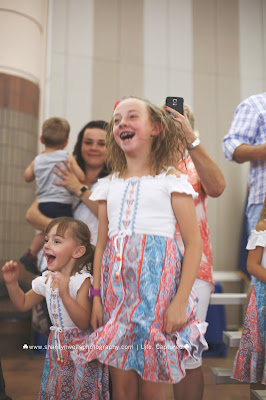 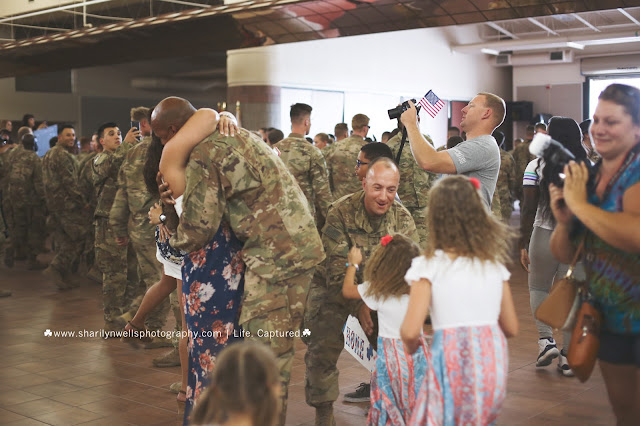 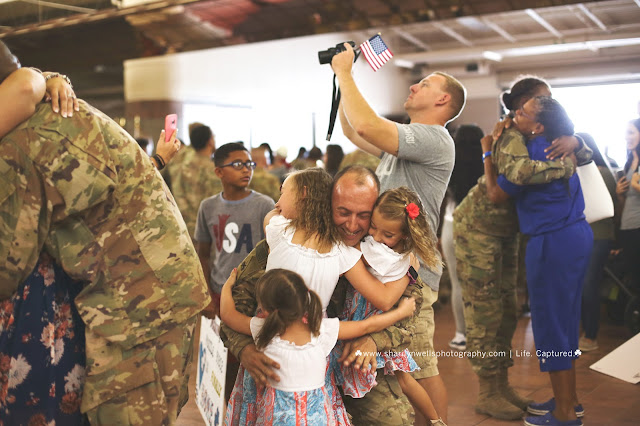 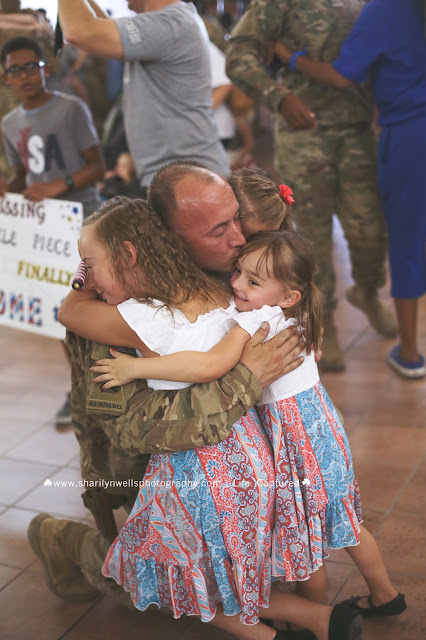 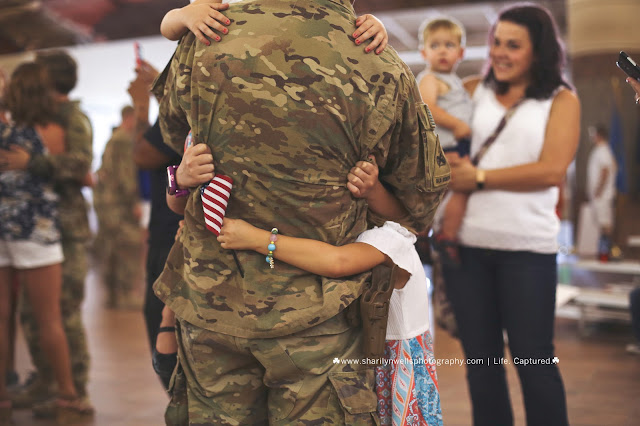 Daddy's girls. I love when I photograph children being reunited with their parents because they just STARE at them in awe. It truly is the best sight to see. They've waited so long that the reunion doesn't see real. And if they take their eyes of their parent, he/she will disappear. I mean, it's magical the sparkle of awe in their eyes. 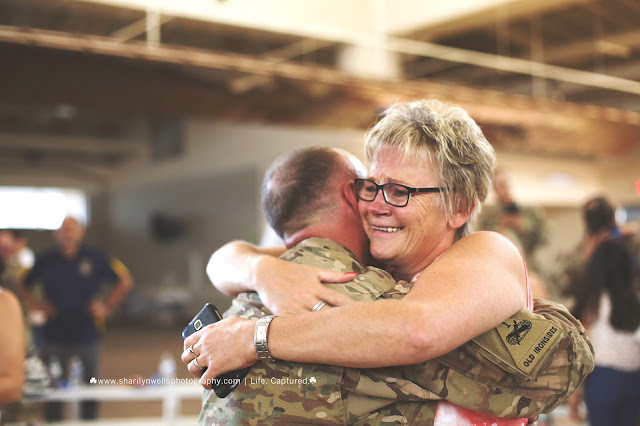 Mother-in-laws are the best too. This gramma doesn't speak much English but she was at her daughter side many days to help out in whatever way she could. I mean, the family is duo-language, but El Paso is mainly Spanish ... not German. ;) So coming to a place that isn't your native language and emerge yourself into a culture that really is TWO cultures ... American and Mexican ... She's my hero. Mommas are the best aren't they?? 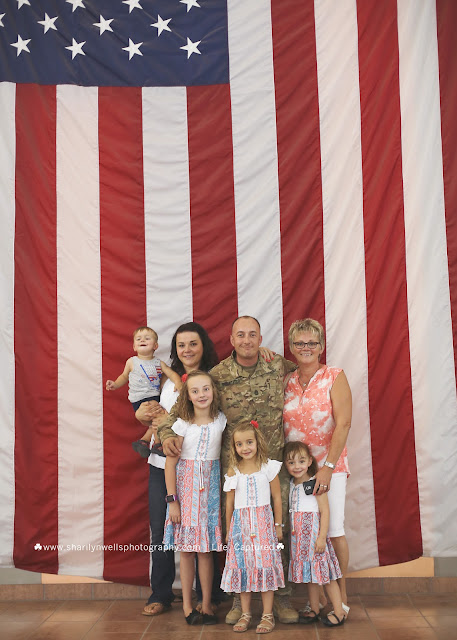 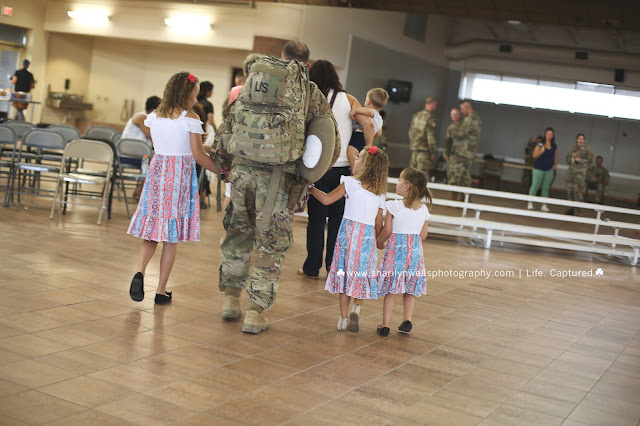 *** Please remember that all images are copyrighted to Sharilyn Wells Photography, LLC. Please do not copy or alter any images without SWP, LLC consent. ***
Posted by Sharilyn Wells at 4:01 PM